Презентация - THE UNITED KINGDOM OF GREAT BRITAIN AND NORTHERN IRELAND 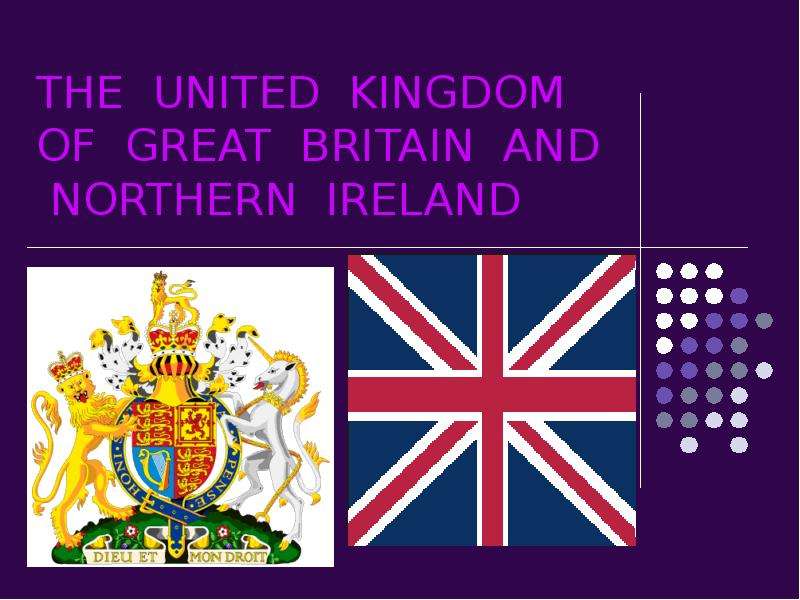 THE UNITED KINGDOM OF GREAT BRITAIN AND NORTHERN IRELAND
Pic.2 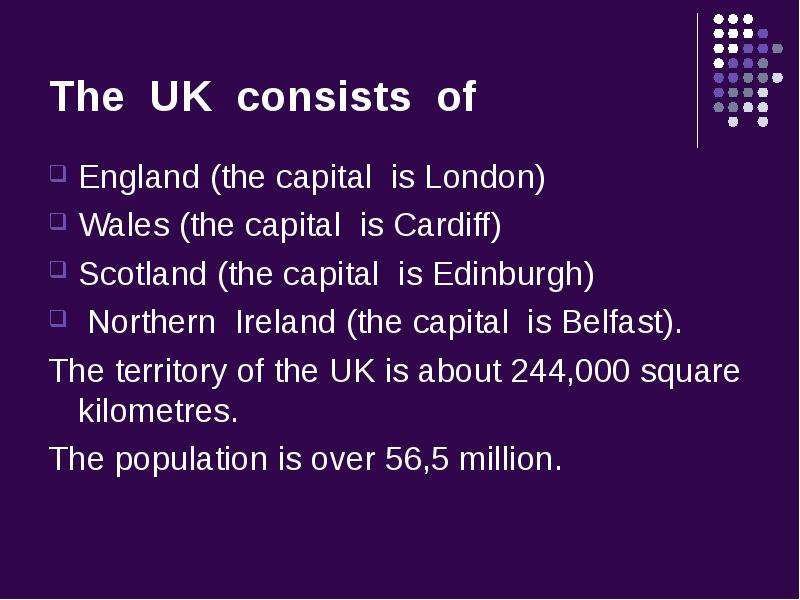 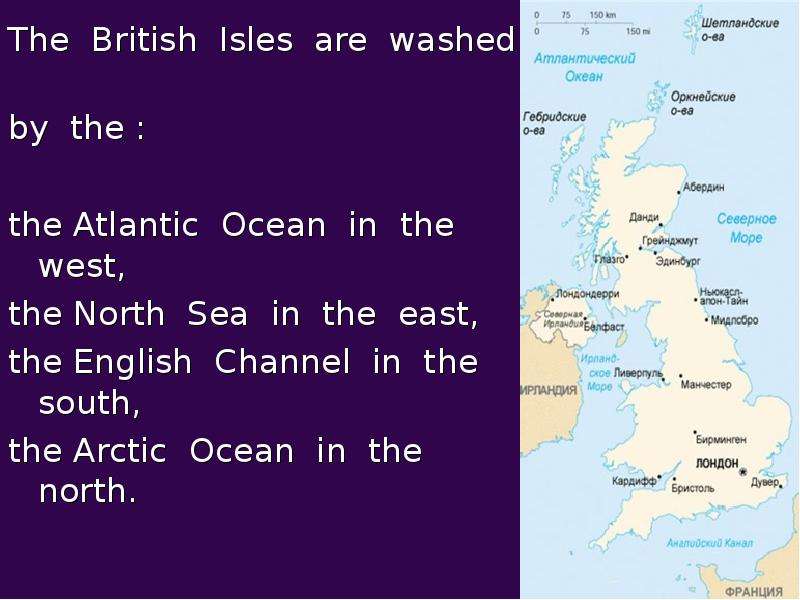 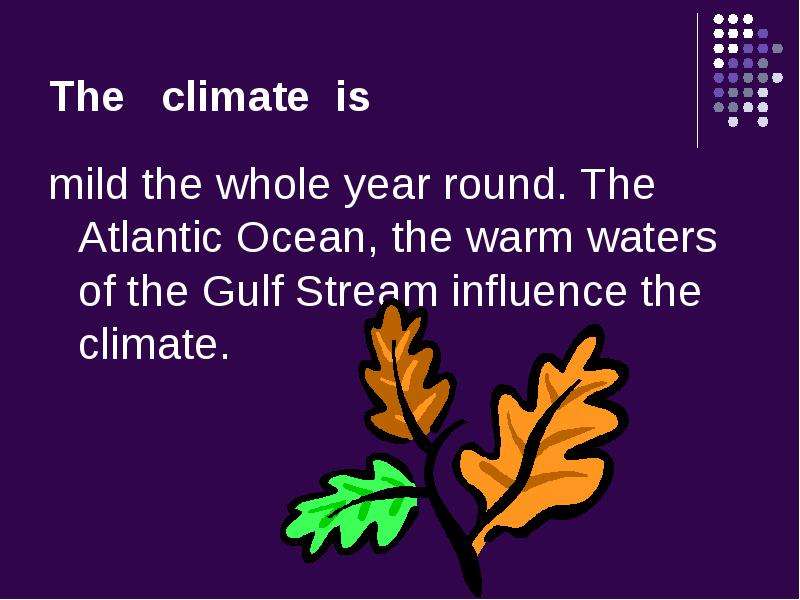 The climate is mild the whole year round. The Atlantic Ocean, the warm waters of the Gulf Stream influence the climate.
Pic.5 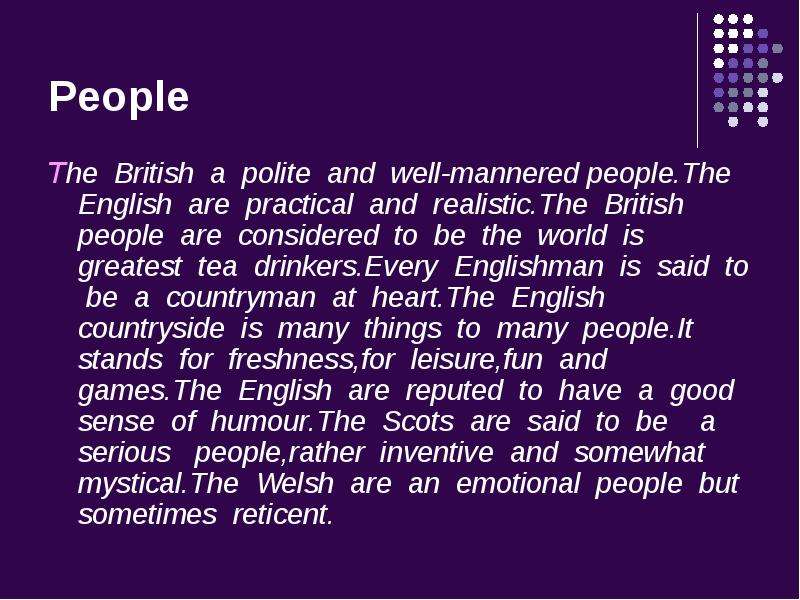 People The British a polite and well-mannered people. The English are practical and realistic. The British people are considered to be the world is greatest tea drinkers. Every Englishman is said to be a countryman at heart. The English countryside is many things to many people. It stands for freshness,for leisure,fun and games. The English are reputed to have a good sense of humour. The Scots are said to be a serious people,rather inventive and somewhat mystical. The Welsh are an emotional people but sometimes reticent.
Pic.6 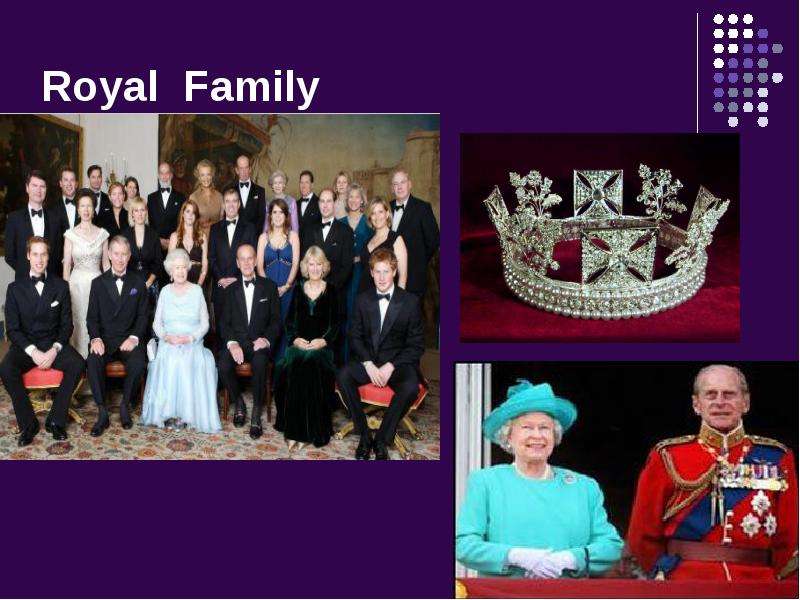 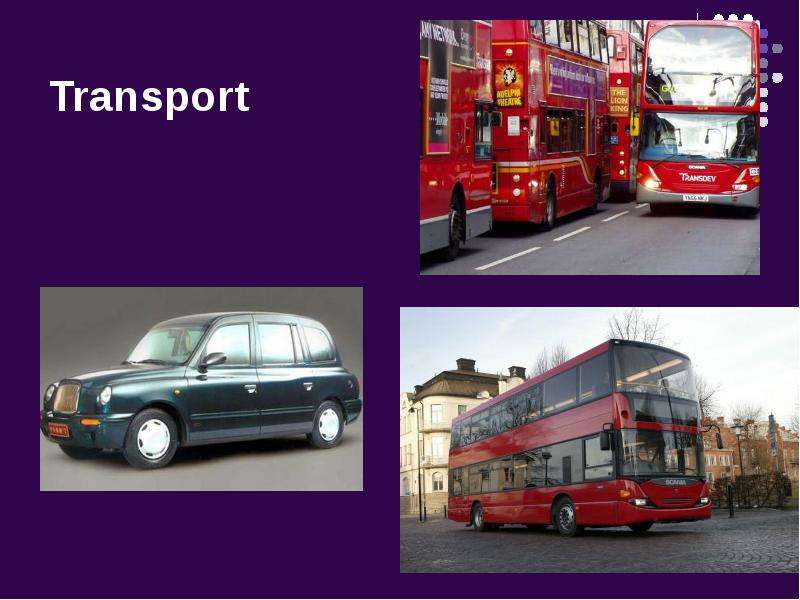 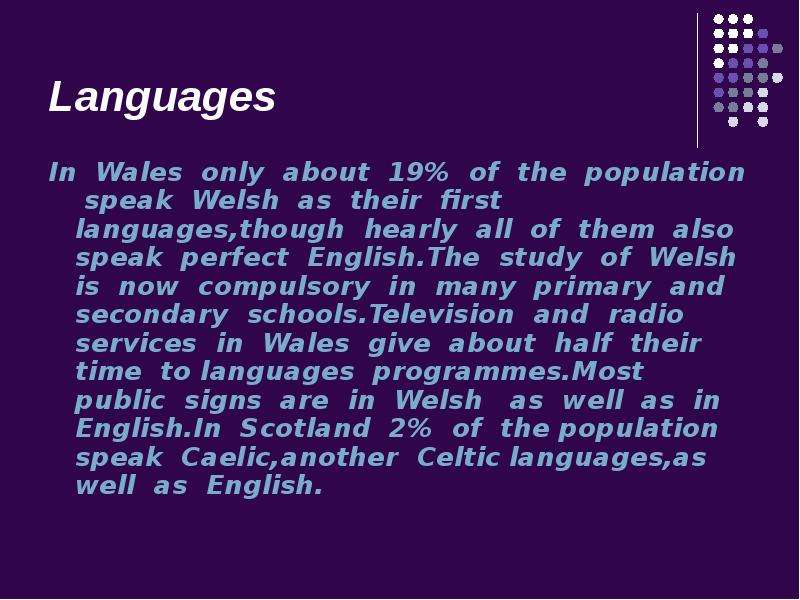 Languages In Wales only about 19% of the population speak Welsh as their first languages,though hearly all of them also speak perfect English. The study of Welsh is now compulsory in many primary and secondary schools. Television and radio services in Wales give about half their time to languages programmes. Most public signs are in Welsh as well as in English. In Scotland 2% of the population speak Caelic,another Celtic languages,as well as English.
Pic.9 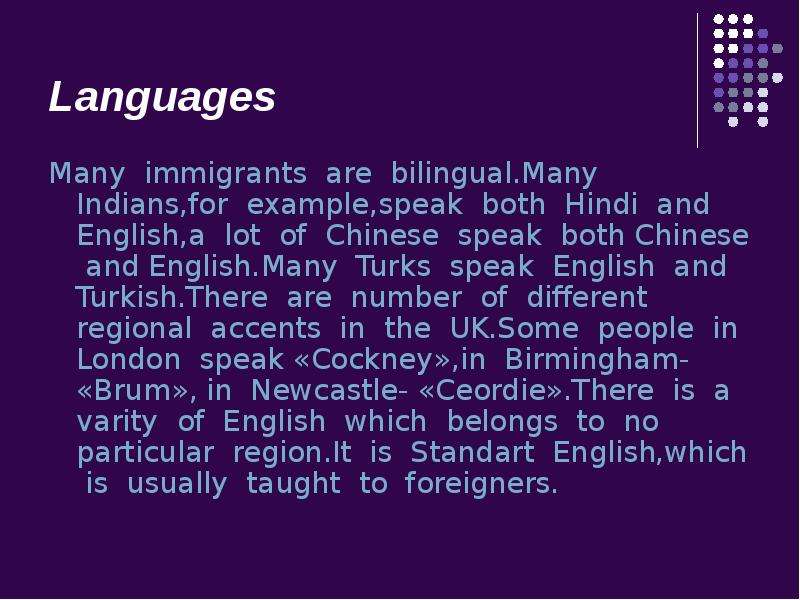 Languages Many immigrants are bilingual. Many Indians,for example,speak both Hindi and English,a lot of Chinese speak both Chinese and English. Many Turks speak English and Turkish. There are number of different regional accents in the UK. Some people in London speak «Сockney»,in Birmingham- «Brum», in Newcastle- «Ceordie». There is a varity of English which belongs to no particular region. It is Standart English,which is usually taught to foreigners.
Pic.10 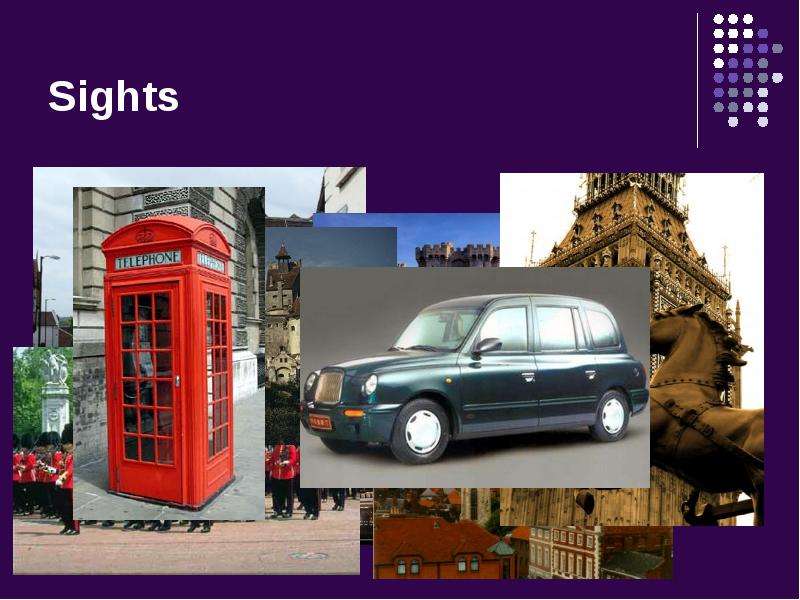 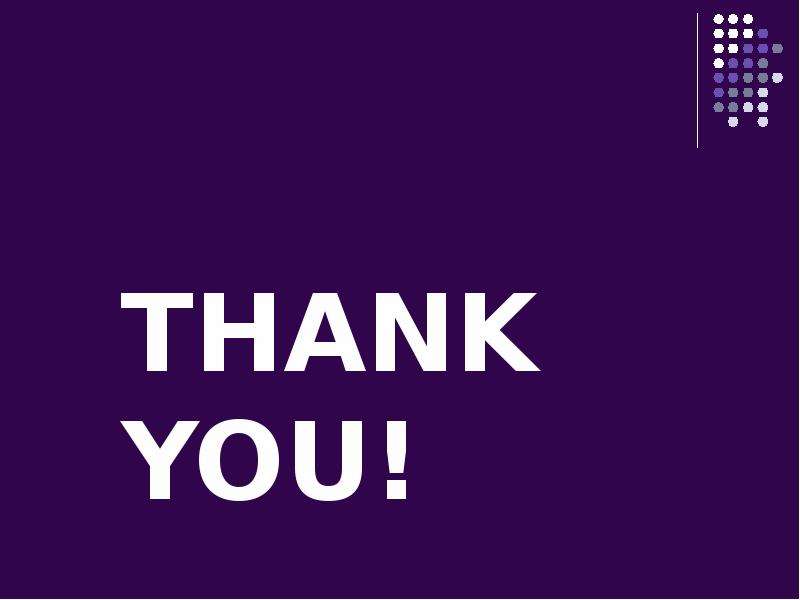