Презентация - SW : The weakness of labor 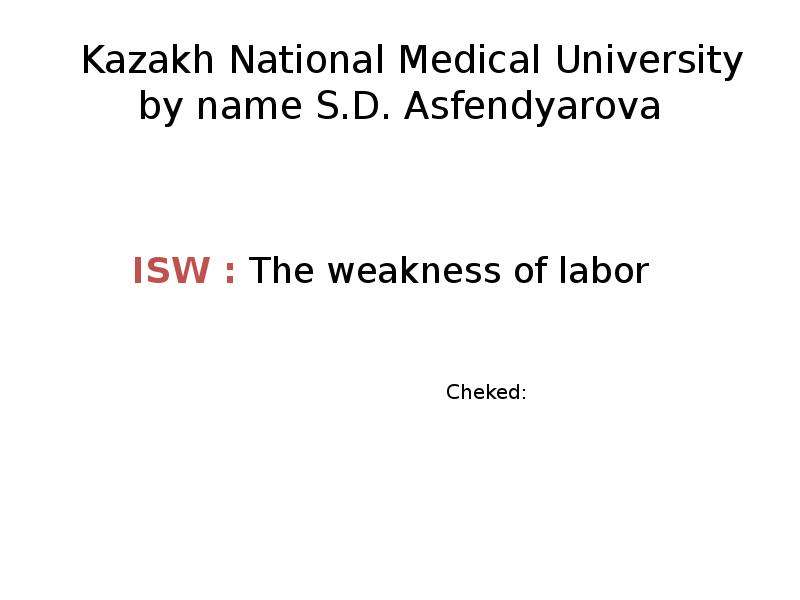 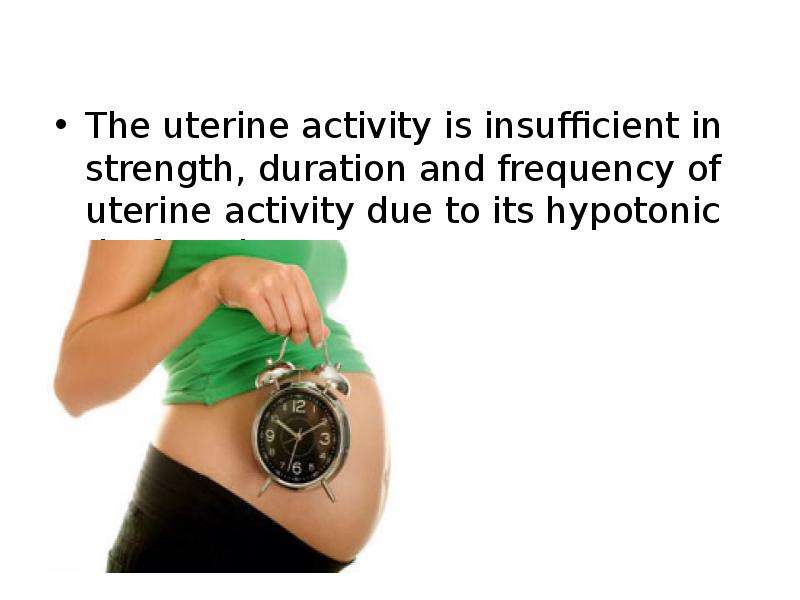 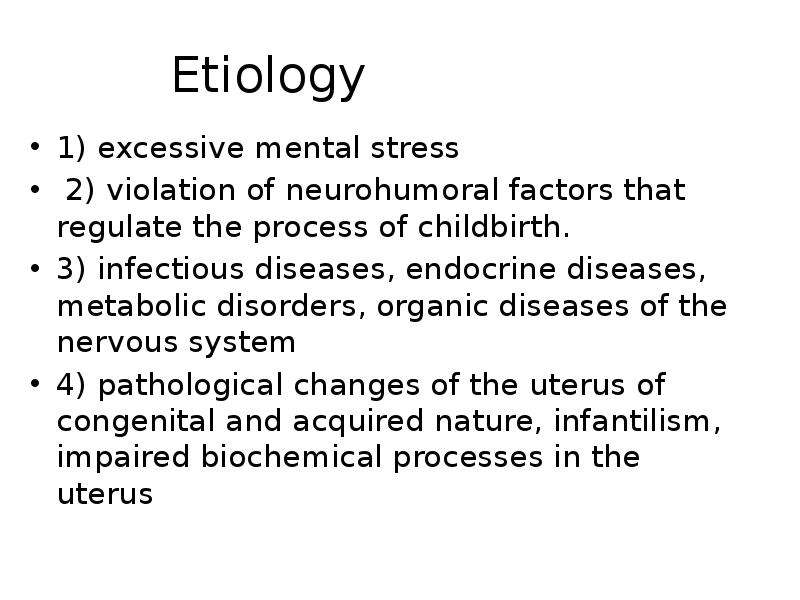 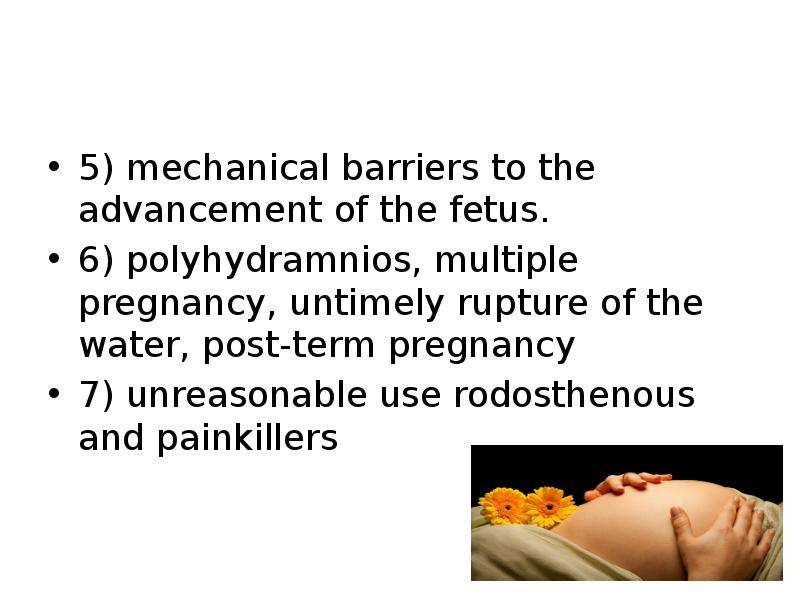 5) mechanical barriers to the advancement of the fetus. 6) polyhydramnios, multiple pregnancy, untimely rupture of the water, post-term pregnancy 7) unreasonable use rodosthenous and painkillers
Pic.5 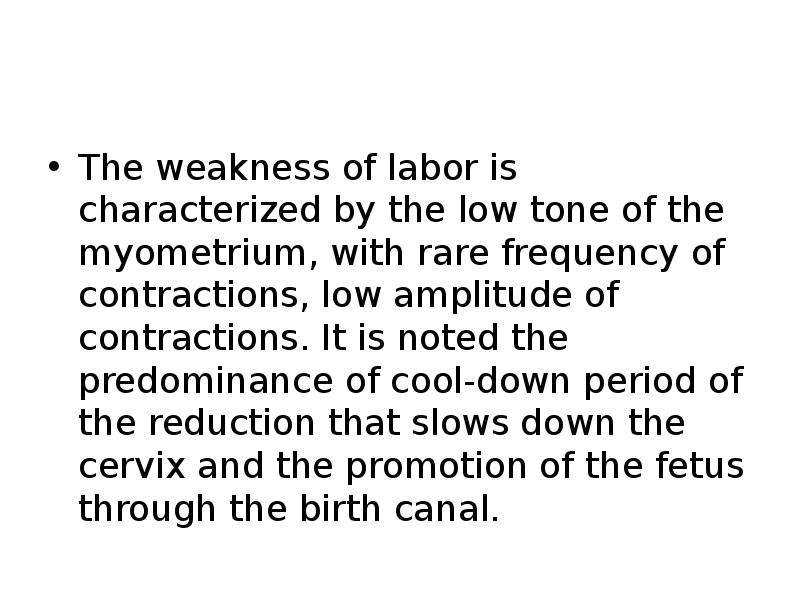 The weakness of labor is characterized by the low tone of the myometrium, with rare frequency of contractions, low amplitude of contractions. It is noted the predominance of cool-down period of the reduction that slows down the cervix and the promotion of the fetus through the birth canal.
Pic.6 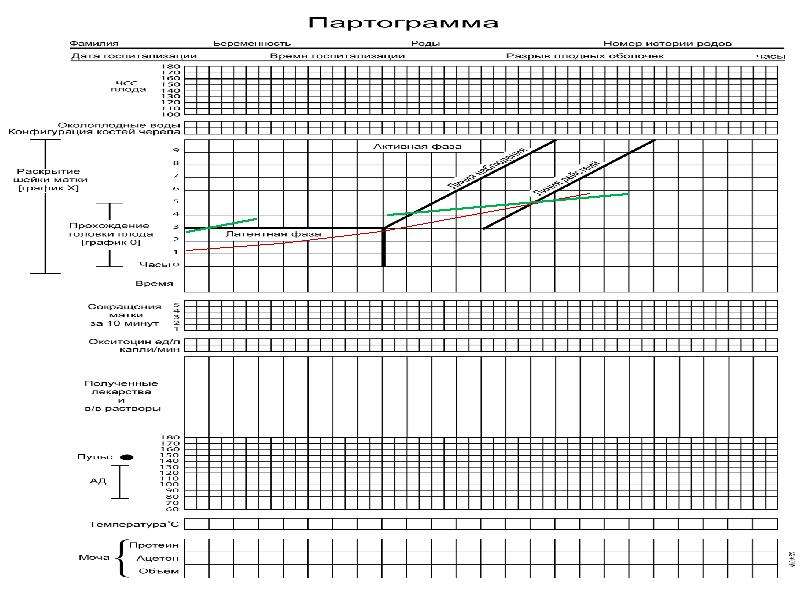 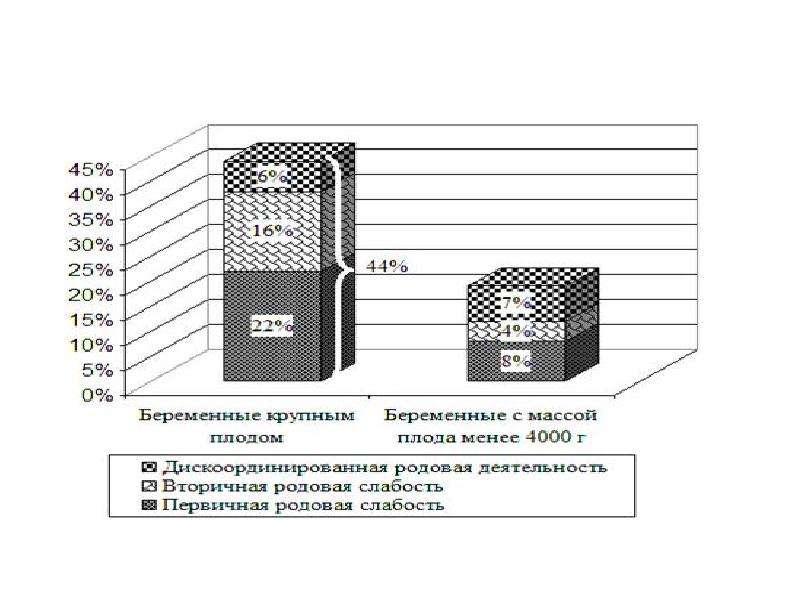 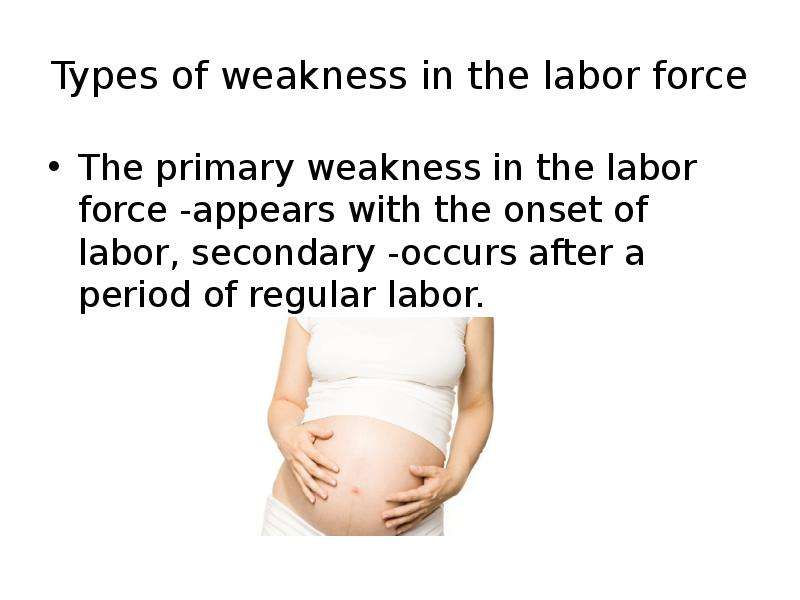 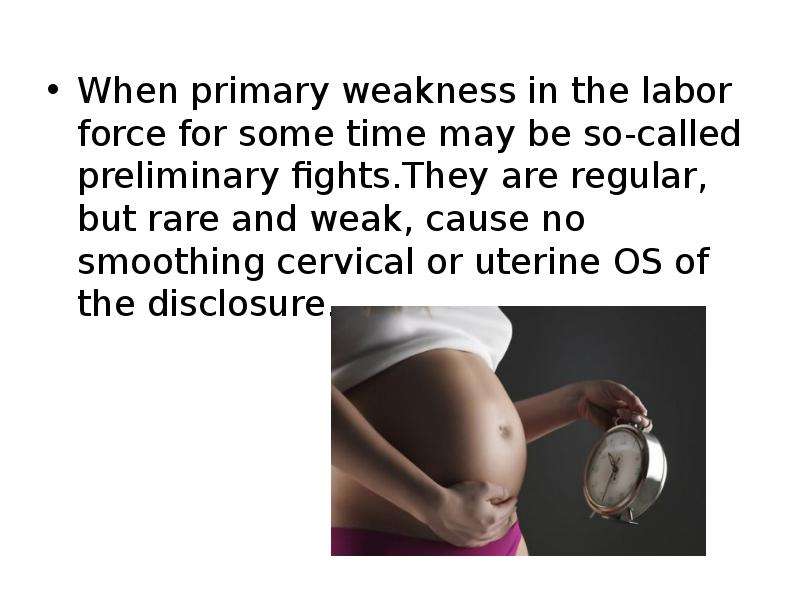 When primary weakness in the labor force for some time may be so-called preliminary fights. They are regular, but rare and weak, cause no smoothing cervical or uterine OS of the disclosure.
Pic.10 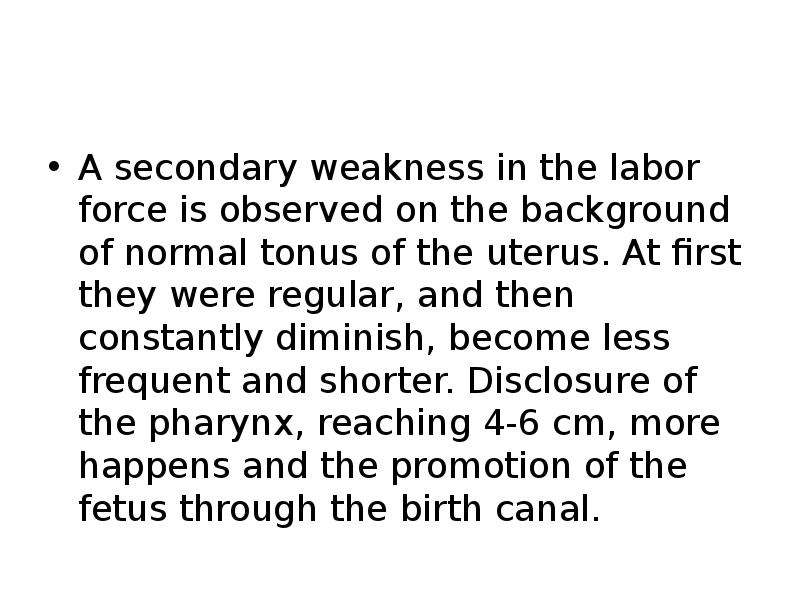 A secondary weakness in the labor force is observed on the background of normal tonus of the uterus. At first they were regular, and then constantly diminish, become less frequent and shorter. Disclosure of the pharynx, reaching 4-6 cm, more happens and the promotion of the fetus through the birth canal.
Pic.11 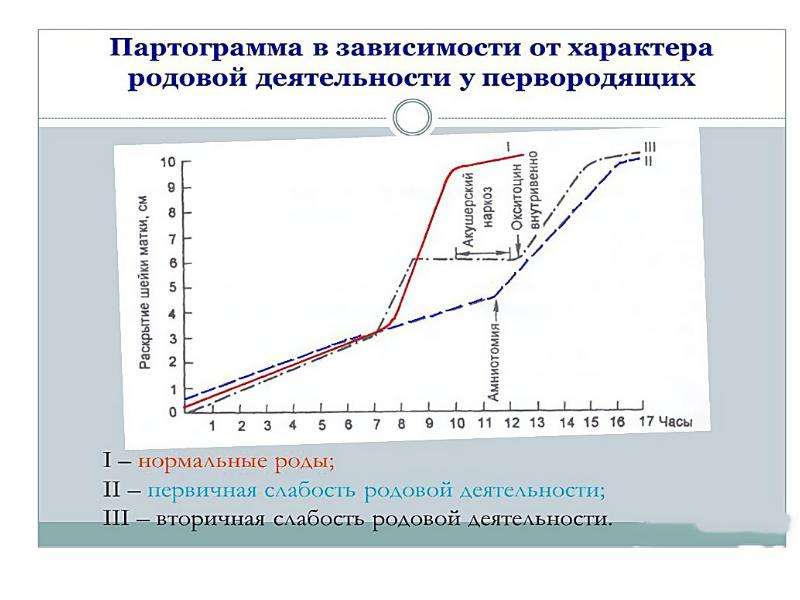 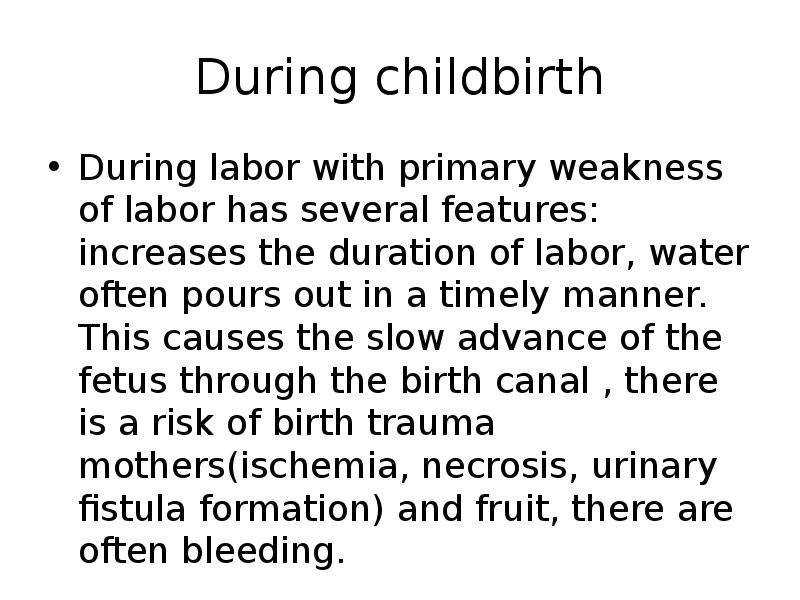 During childbirth During labor with primary weakness of labor has several features: increases the duration of labor, water often pours out in a timely manner. This causes the slow advance of the fetus through the birth canal , there is a risk of birth trauma mothers(ischemia, necrosis, urinary fistula formation) and fruit, there are often bleeding.
Pic.13 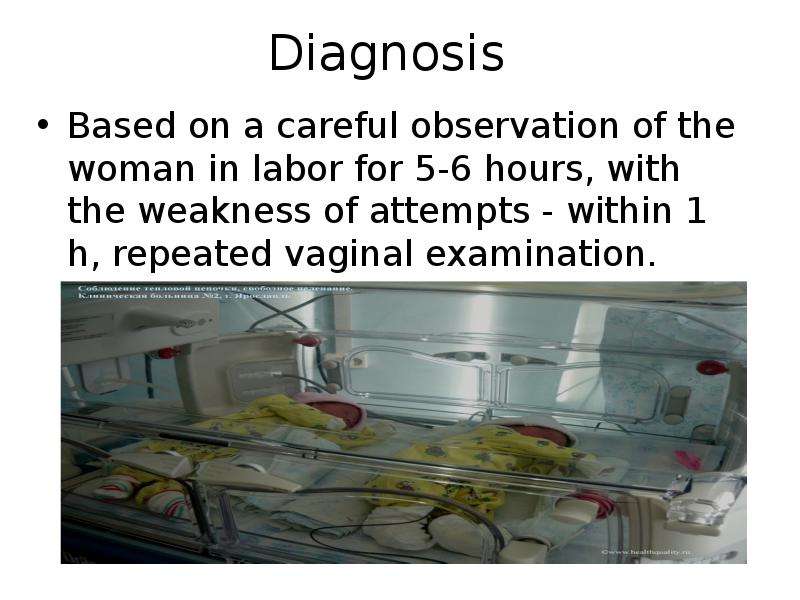 Diagnosis Based on a careful observation of the woman in labor for 5-6 hours, with the weakness of attempts - within 1 h, repeated vaginal examination.
Pic.14 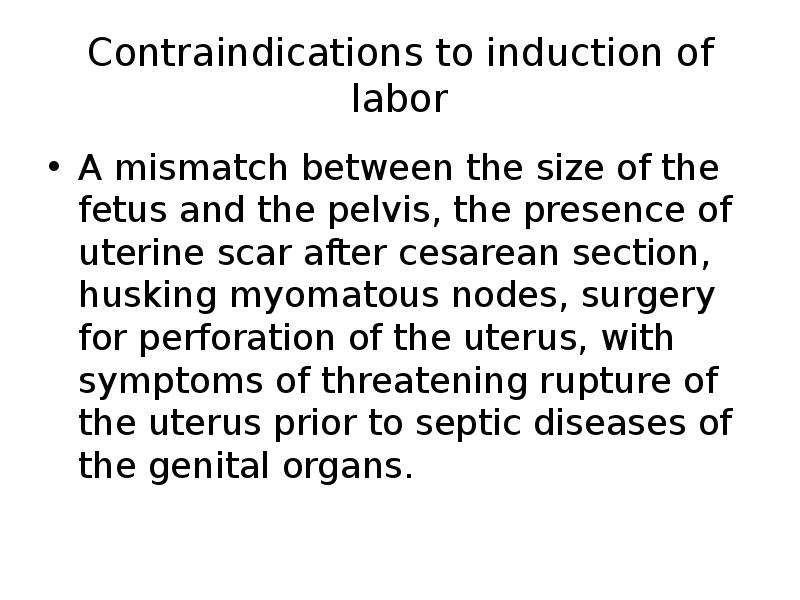 Contraindications to induction of labor A mismatch between the size of the fetus and the pelvis, the presence of uterine scar after cesarean section, husking myomatous nodes, surgery for perforation of the uterus, with symptoms of threatening rupture of the uterus prior to septic diseases of the genital organs.
Pic.15 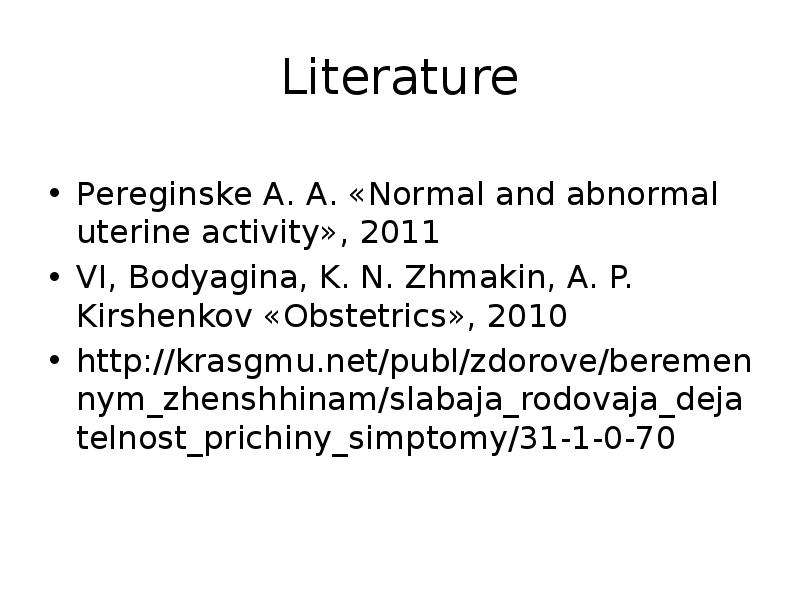