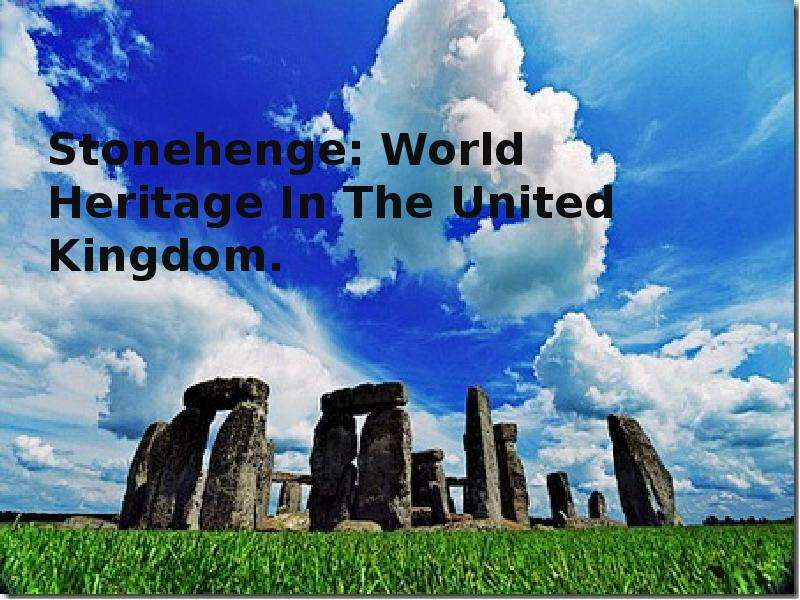 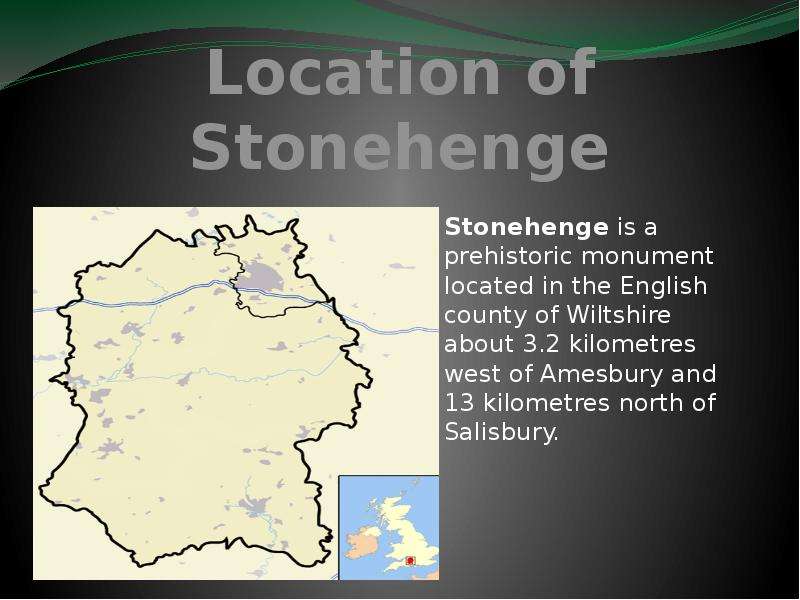 Location of Stonehenge Stonehenge is a prehistoric monument located in the English county of Wiltshire about 3. 2 kilometres west of Amesbury and 13 kilometres north of Salisbury.
Pic.3 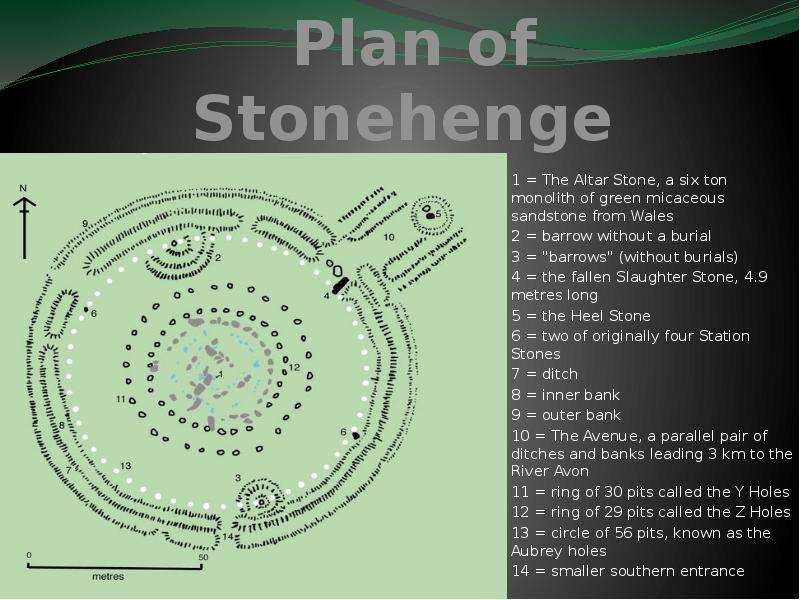 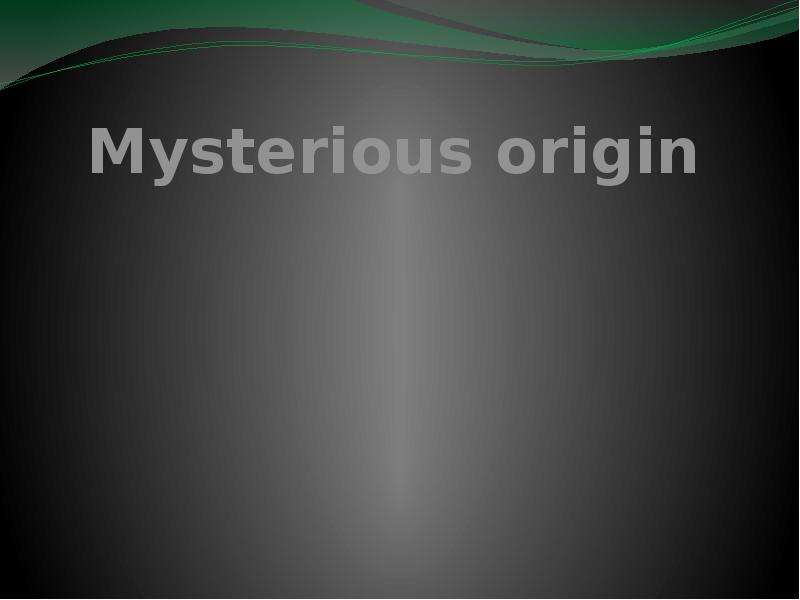 Astronomy and Stonehenge The prehistoric monument of Stonehenge has long been studied for its possible connections with ancient astronomy. Archaeoastronomers have claimed that Stonehenge represents an "ancient observatory," although the extent of its use for that purpose is in dispute. Many also believe that the site may have had astrological/spiritual significance attached to it as well. The discovery of evidence for a neighbour to the Heel Stone has challenged the interpretation of it as a midsummer sunrise marker. The second stone may have instead been one side of a 'solar corridor' used to frame the sunrise.
Pic.6 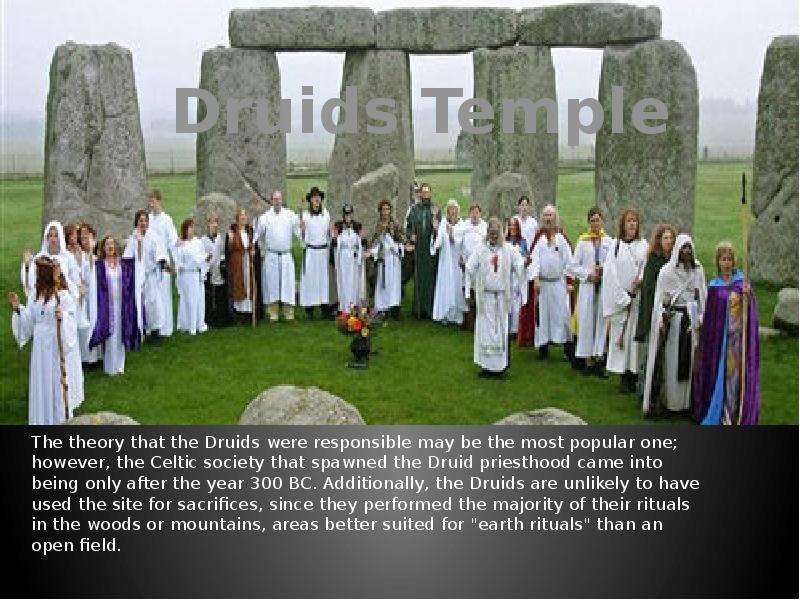 Druids Temple The theory that the Druids were responsible may be the most popular one; however, the Celtic society that spawned the Druid priesthood came into being only after the year 300 BC. Additionally, the Druids are unlikely to have used the site for sacrifices, since they performed the majority of their rituals in the woods or mountains, areas better suited for "earth rituals" than an open field.
Pic.7 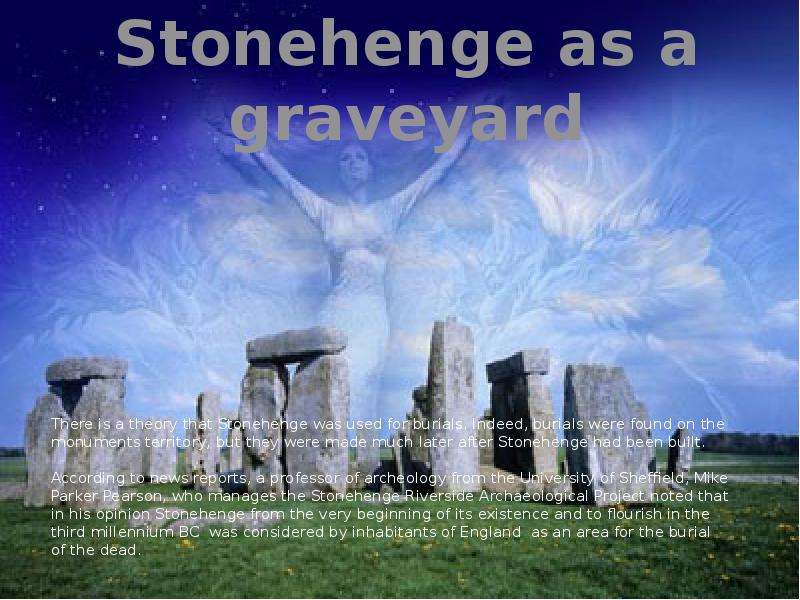 Stonehenge as a graveyard There is a theory that Stonehenge was used for burials. Indeed, burials were found on the monuments territory, but they were made much later after Stonehenge had been built. According to news reports, a professor of archeology from the University of Sheffield, Mike Parker Pearson, who manages the Stonehenge Riverside Archaeological Project noted that in his opinion Stonehenge from the very beginning of its existence and to flourish in the third millennium BC was considered by inhabitants of England as an area for the burial of the dead.
Pic.8 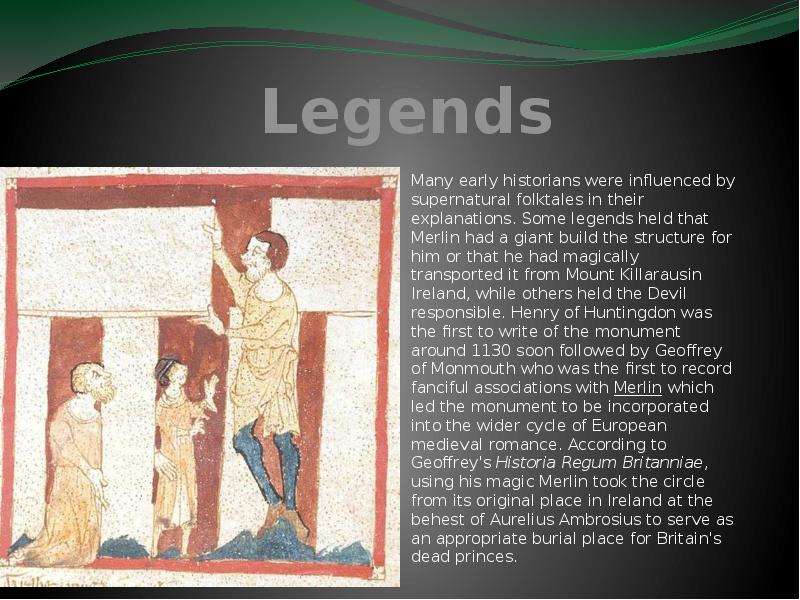 Legends Many early historians were influenced by supernatural folktales in their explanations. Some legends held that Merlin had a giant build the structure for him or that he had magically transported it from Mount Killarausin Ireland, while others held the Devil responsible. Henry of Huntingdon was the first to write of the monument around 1130 soon followed by Geoffrey of Monmouth who was the first to record fanciful associations with Merlin which led the monument to be incorporated into the wider cycle of European medieval romance. According to Geoffrey's Historia Regum Britanniae, using his magic Merlin took the circle from its original place in Ireland at the behest of Aurelius Ambrosius to serve as an appropriate burial place for Britain's dead princes.
Pic.9 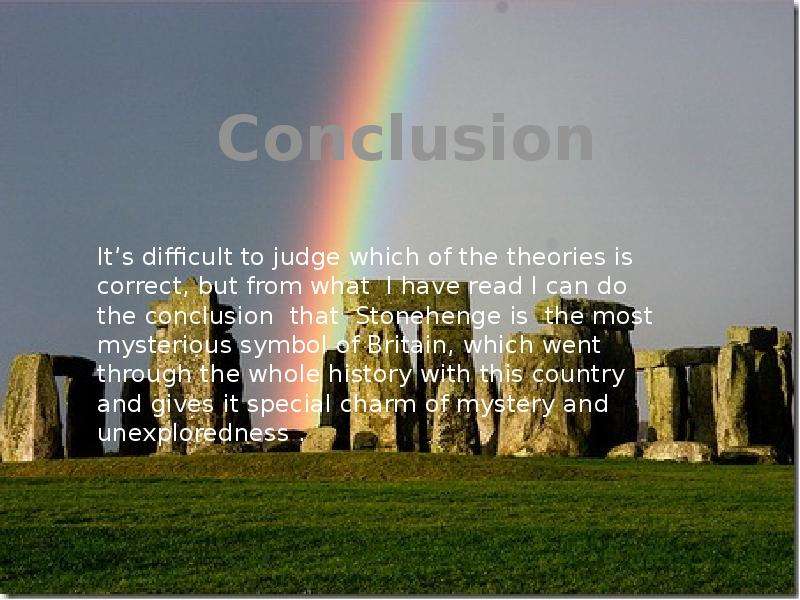 Conclusion It’s difficult to judge which of the theories is correct, but from what I have read I can do the conclusion that Stonehenge is the most mysterious symbol of Britain, which went through the whole history with this country and gives it special charm of mystery and unexploredness .