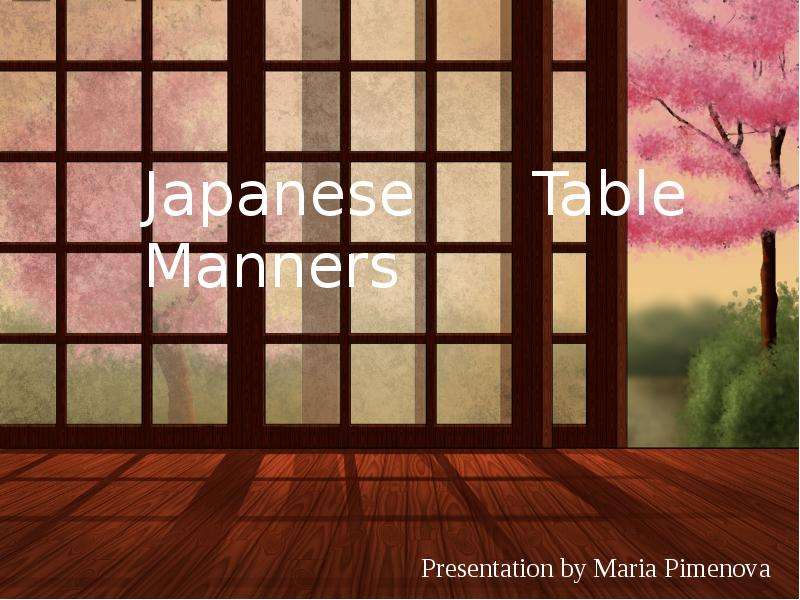 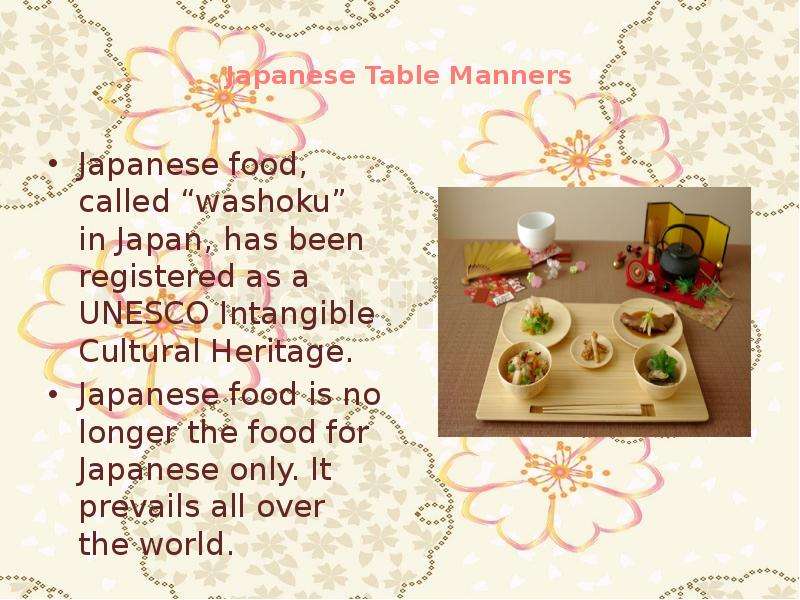 Japanese Table Manners Japanese food, called “washoku” in Japan, has been registered as a UNESCO Intangible Cultural Heritage. Japanese food is no longer the food for Japanese only. It prevails all over the world.
Pic.3 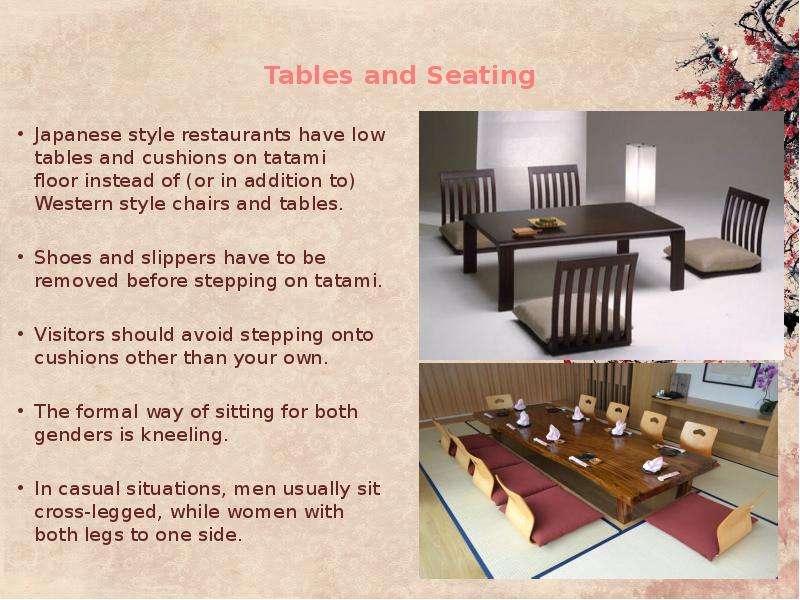 Tables and Seating Japanese style restaurants have low tables and cushions on tatami floor instead of (or in addition to) Western style chairs and tables. Shoes and slippers have to be removed before stepping on tatami. Visitors should avoid stepping onto cushions other than your own. The formal way of sitting for both genders is kneeling. In casual situations, men usually sit cross-legged, while women with both legs to one side.
Pic.4 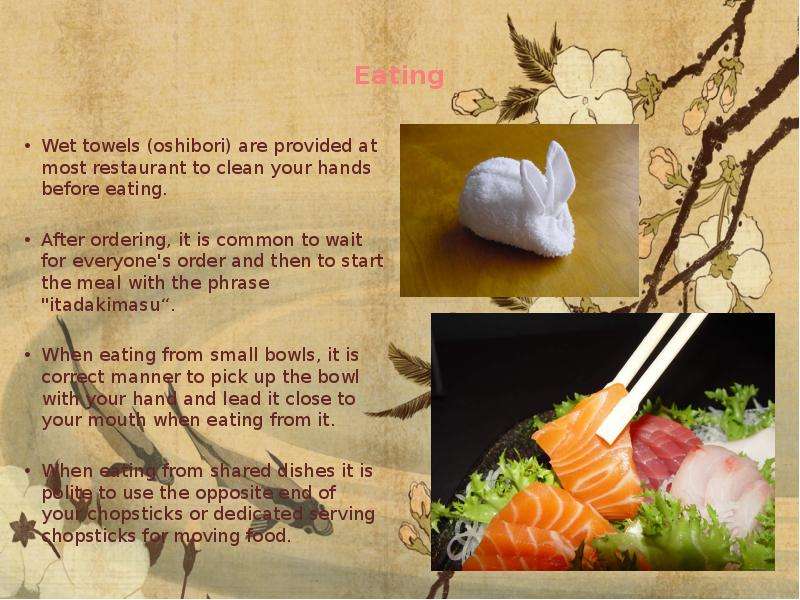 Eating Wet towels (oshibori) are provided at most restaurant to clean your hands before eating. After ordering, it is common to wait for everyone's order and then to start the meal with the phrase "itadakimasu“. When eating from small bowls, it is correct manner to pick up the bowl with your hand and lead it close to your mouth when eating from it. When eating from shared dishes it is polite to use the opposite end of your chopsticks or dedicated serving chopsticks for moving food.
Pic.5 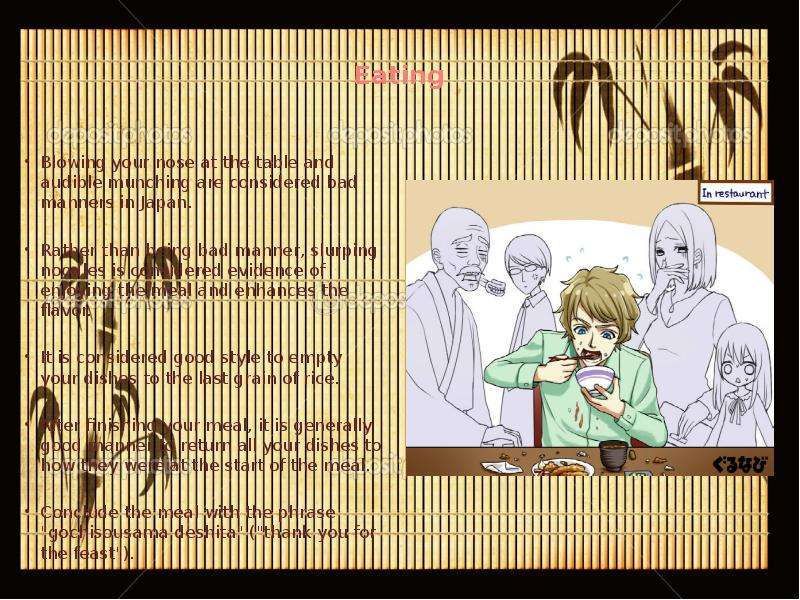 Eating Blowing your nose at the table and audible munching are considered bad manners in Japan. Rather than being bad manner, slurping noodles is considered evidence of enjoying the meal and enhances the flavor. It is considered good style to empty your dishes to the last grain of rice. After finishing your meal, it is generally good manner to return all your dishes to how they were at the start of the meal. Conclude the meal with the phrase "gochisousama deshita" ("thank you for the feast").
Pic.6 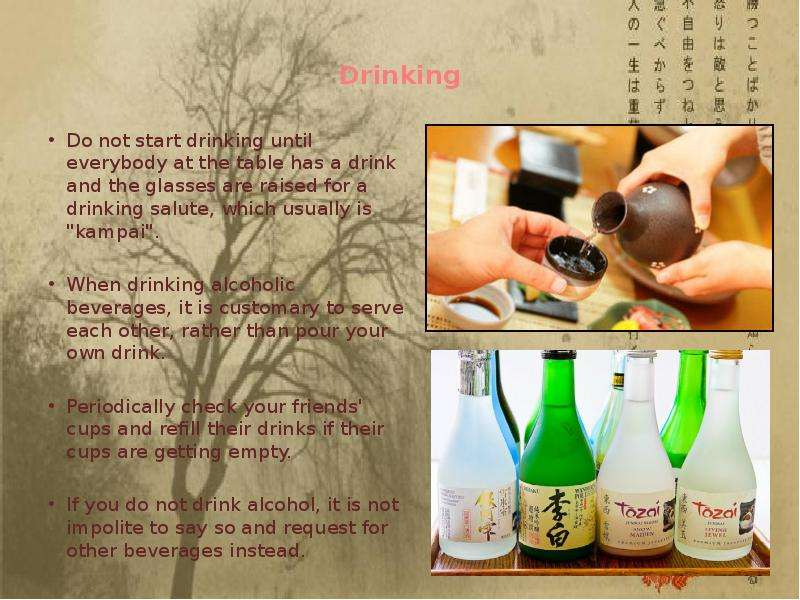 Drinking Do not start drinking until everybody at the table has a drink and the glasses are raised for a drinking salute, which usually is "kampai". When drinking alcoholic beverages, it is customary to serve each other, rather than pour your own drink. Periodically check your friends' cups and refill their drinks if their cups are getting empty. If you do not drink alcohol, it is not impolite to say so and request for other beverages instead.
Pic.7 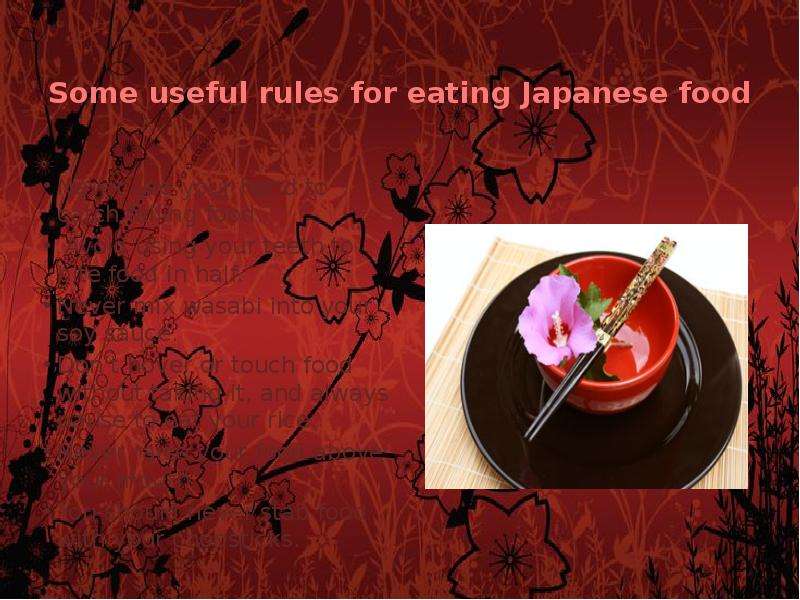 Some useful rules for eating Japanese food Never use your hand to catch falling food. Avoid using your teeth to bite food in half. Never mix wasabi into your soy sauce. Don’t hover or touch food without taking it, and always pause to eat your rice. Never raise your food above your mouth. You should never stab food with your chopsticks.
Pic.8 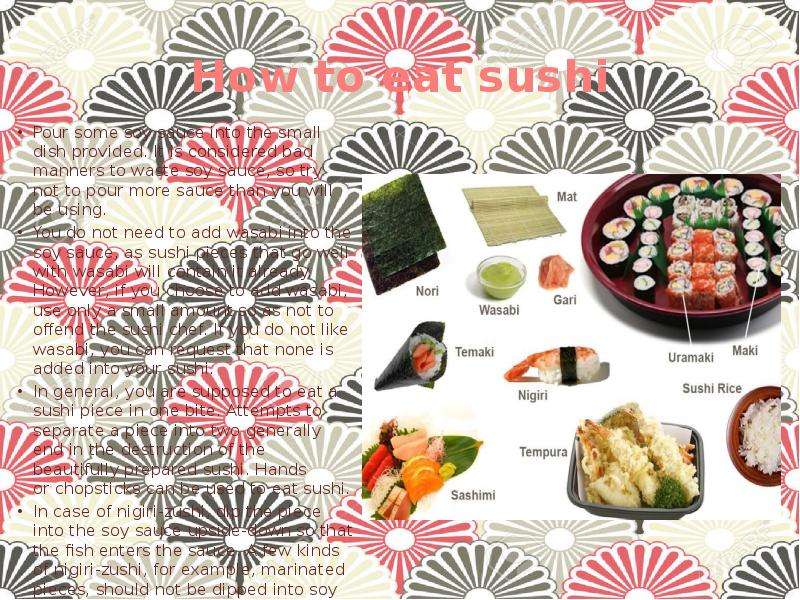 How to eat sushi Pour some soy sauce into the small dish provided. It is considered bad manners to waste soy sauce, so try not to pour more sauce than you will be using. You do not need to add wasabi into the soy sauce, as sushi pieces that go well with wasabi will contain it already. However, if you choose to add wasabi, use only a small amount so as not to offend the sushi chef. If you do not like wasabi, you can request that none is added into your sushi. In general, you are supposed to eat a sushi piece in one bite. Attempts to separate a piece into two generally end in the destruction of the beautifully prepared sushi. Hands or chopsticks can be used to eat sushi. In case of nigiri-zushi, dip the piece into the soy sauce upside-down so that the fish enters the sauce. A few kinds of nigiri-zushi, for example, marinated pieces, should not be dipped into soy sauce.
Pic.9 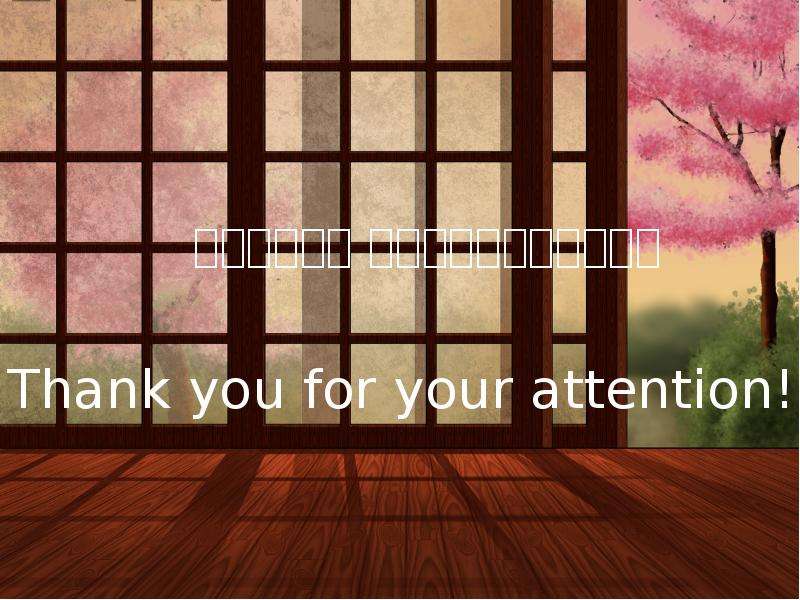