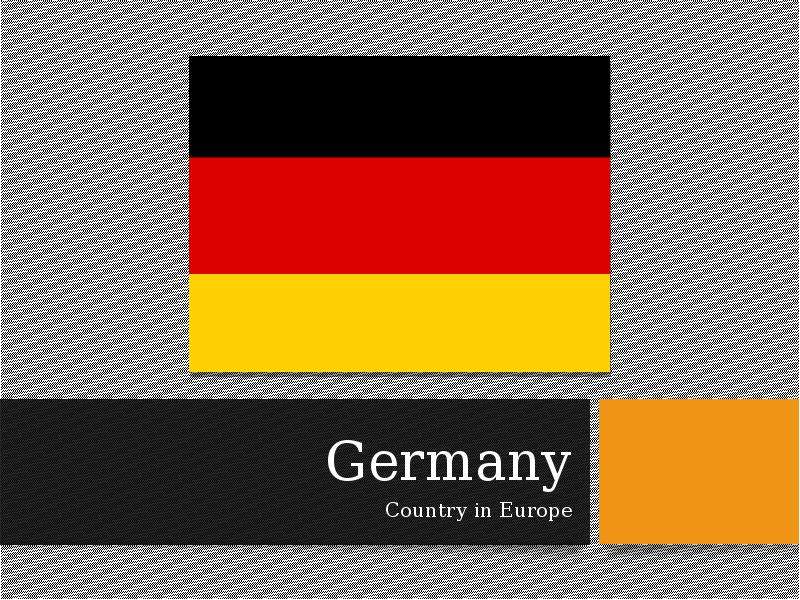 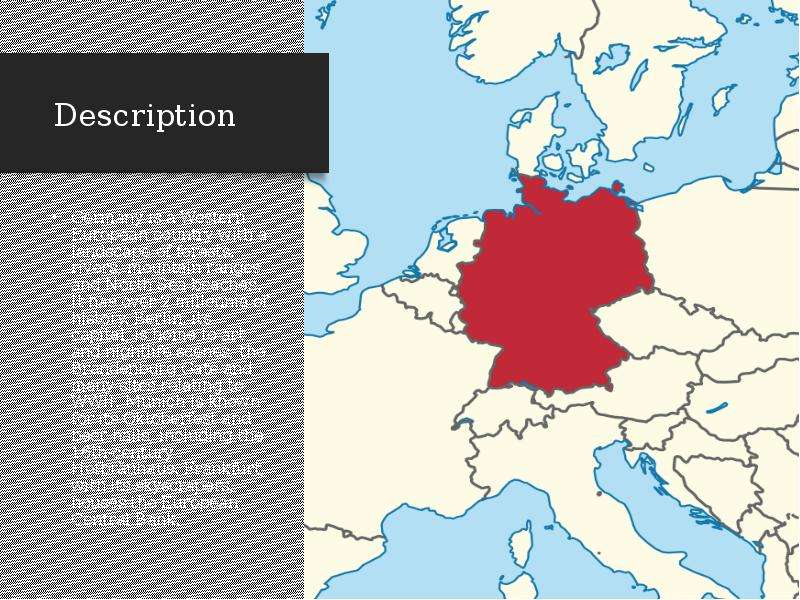 Description Germany is a Western European country with a landscape of forests, rivers, mountain ranges and North Sea beaches. It has over 2 millennia of history. Berlin, its capital, is home to art and nightlife scenes, the Brandenburg Gate and many sites relating to WWII. Munich is known for its Oktoberfest and beer halls, including the 16th-century Hofbräuhaus. Frankfurt, with its skyscrapers, houses the European Central Bank.
Pic.3 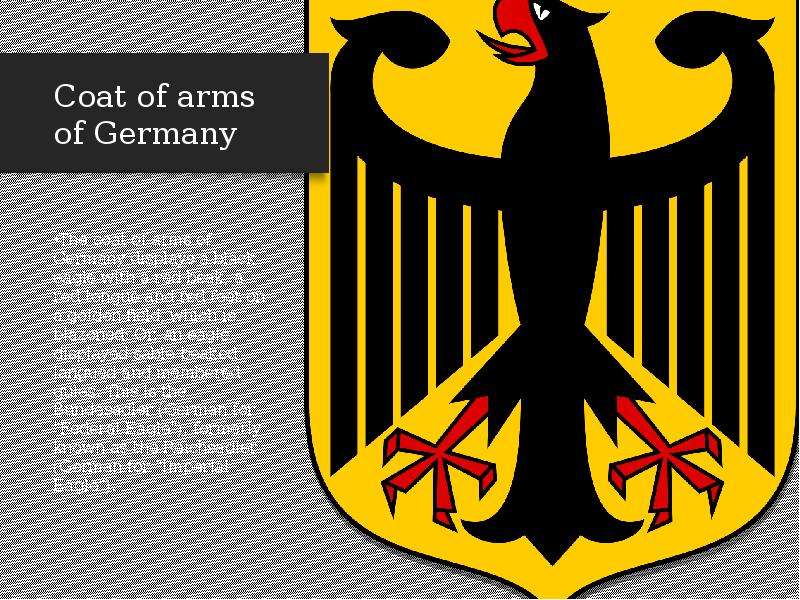 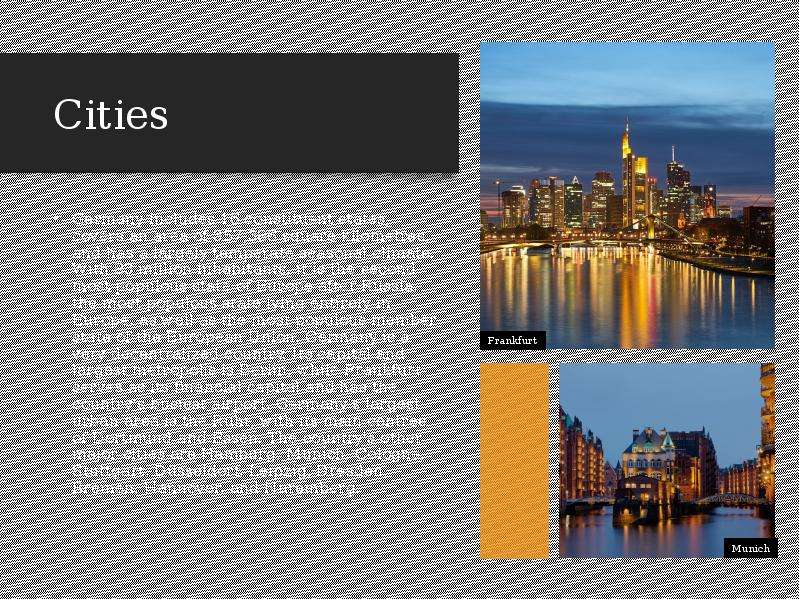 Cities Germany includes 16 constituent states, covers an area of 357,386 square kilometres, and has a largely temperate seasonal climate. With 83 million inhabitants, it is the second most populous state of Europe after Russia, the most populous state lying entirely in Europe, as well as the most populous member state of the European Union. Germany is a very decentralized country. Its capital and largest metropolis is Berlin, while Frankfurt serves as its financial capital and has the country's busiest airport. Germany's largest urban area is the Ruhr, with its main centres of Dortmund and Essen. The country's other major cities are Hamburg, Munich, Cologne, Stuttgart, Düsseldorf, Leipzig, Dresden, Bremen, Hannover, and Nuremberg.
Pic.5 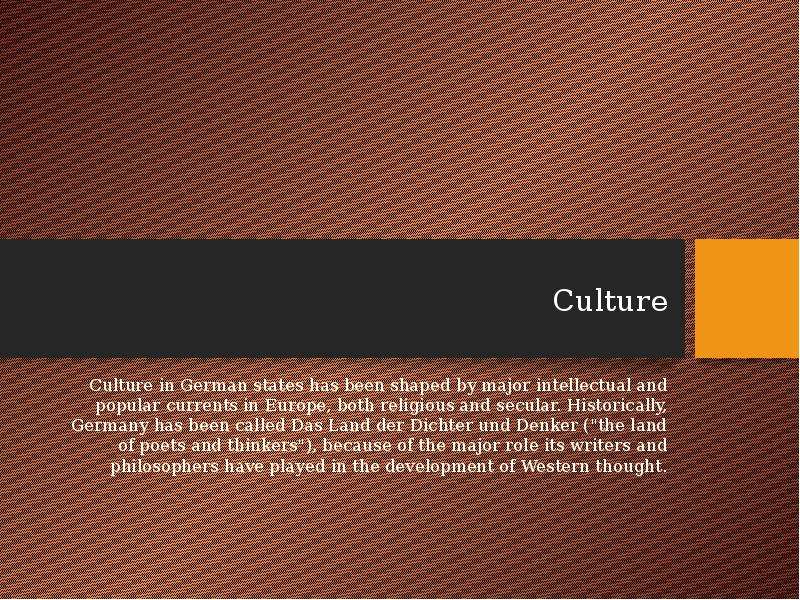 Culture Culture in German states has been shaped by major intellectual and popular currents in Europe, both religious and secular. Historically, Germany has been called Das Land der Dichter und Denker ("the land of poets and thinkers"), because of the major role its writers and philosophers have played in the development of Western thought.
Pic.6 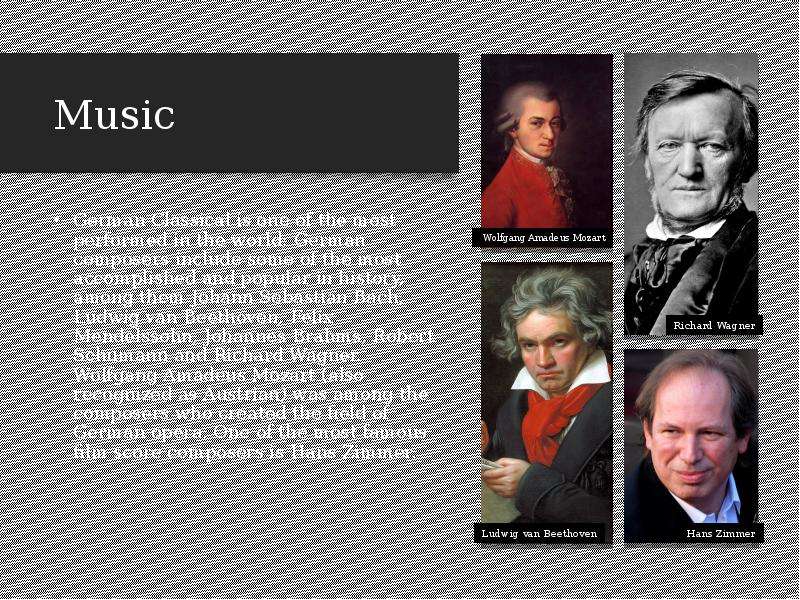 Music German Classical is one of the most performed in the world; German composers include some of the most accomplished and popular in history, among them Johann Sebastian Bach, Ludwig van Beethoven, Felix Mendelssohn, Johannes Brahms, Robert Schumann and Richard Wagner. Wolfgang Amadeus Mozart (also recognized as Austrian) was among the composers who created the field of German opera. One of the most famous film score composers is Hans Zimmer.
Pic.7 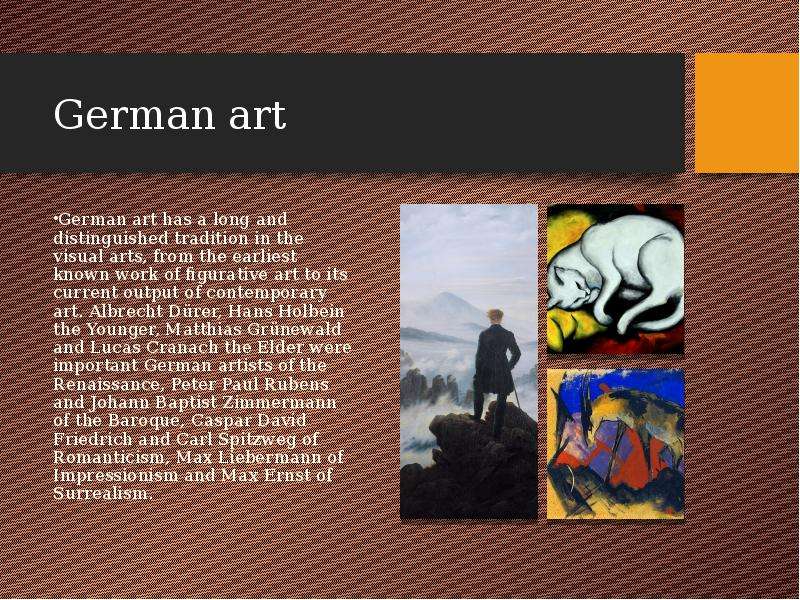 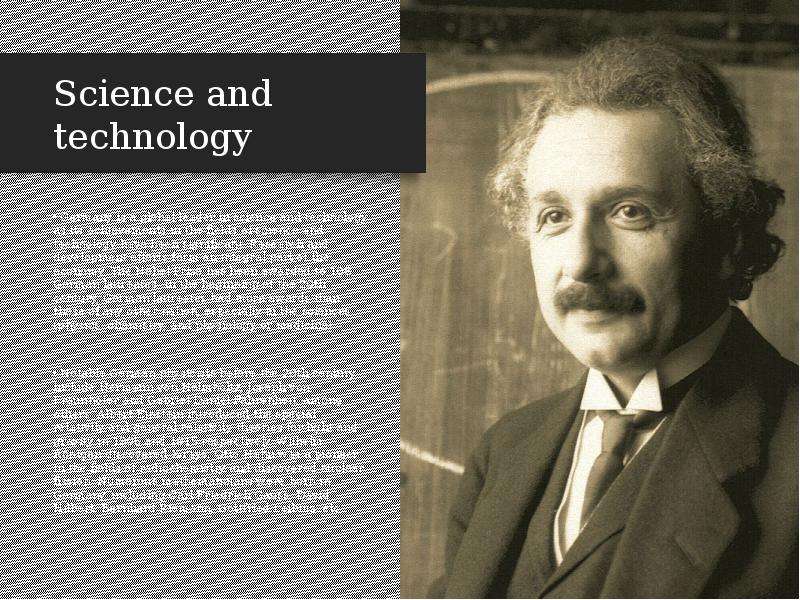 Science and technology Germany is a global leader in science and technology as its achievements in the fields of science and technology have been significant. Research and development efforts form an integral part of the economy. The Nobel Prize has been awarded to 108 German laureates. In the beginning of the 20th century, German laureates had more awards than those of any other nation, especially in the sciences (physics, chemistry, and physiology or medicine). Notable German physicists before the 20th century include Hermann von Helmholtz, Joseph von Fraunhofer and Gabriel Daniel Fahrenheit, among others. Albert Einstein introduced the special relativity and general relativity theories for light and gravity in 1905 and 1915 respectively. Wilhelm Röntgen discovered X-rays. Otto Hahn was a pioneer in the fields of radiochemistry and discovered nuclear fission. Numerous mathematicians were born in Germany, including Carl Friedrich Gauss, David Hilbert, Bernhard Riemann, Gottfried Leibniz, etc.
Pic.9 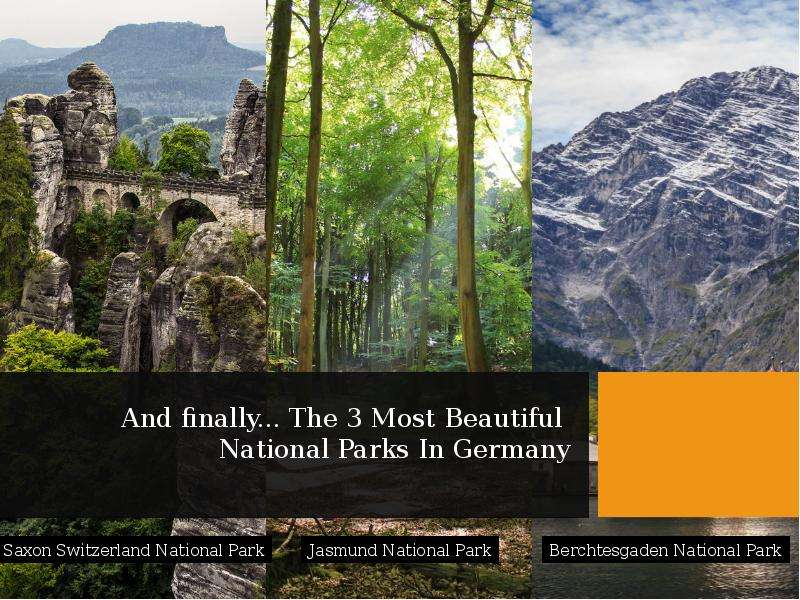 And finally. . . The 3 Most Beautiful National Parks In Germany
Pic.10 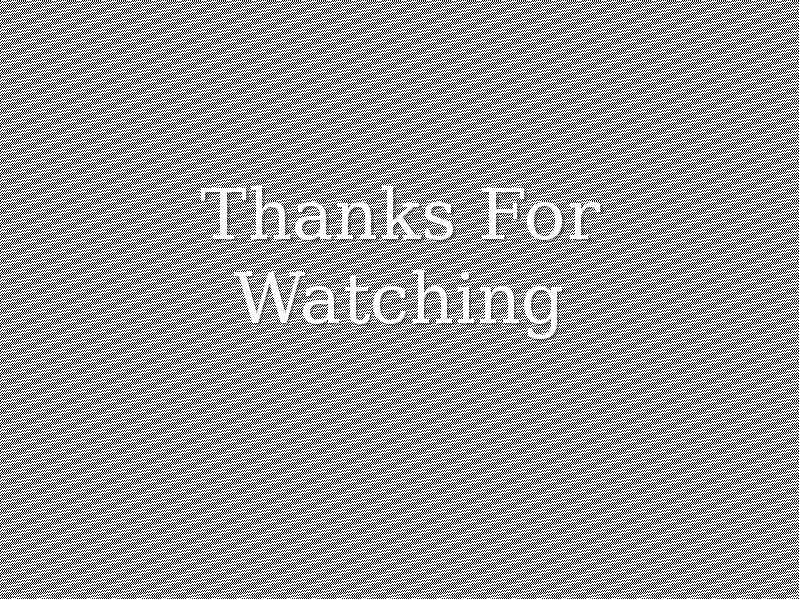