Презентация - Constitution of the United States of America 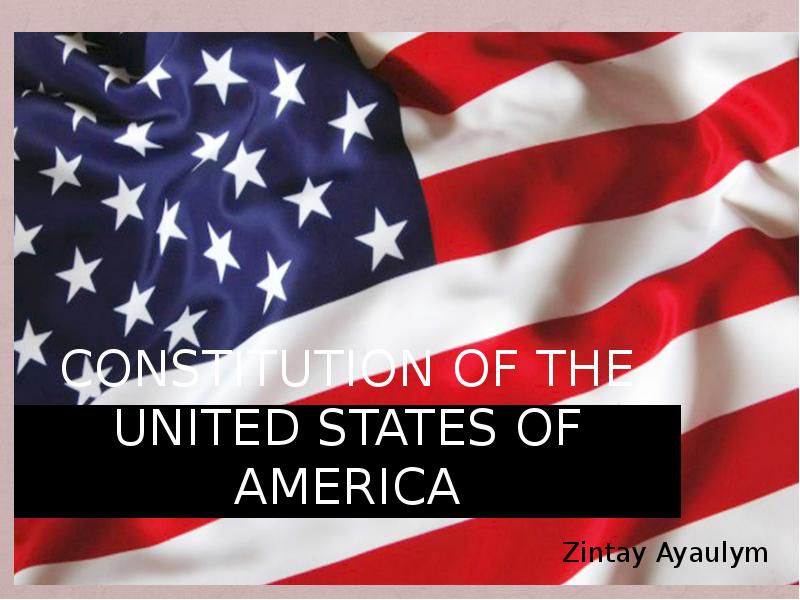 Constitution of the United States of America Zintay Ayaulym
Pic.2 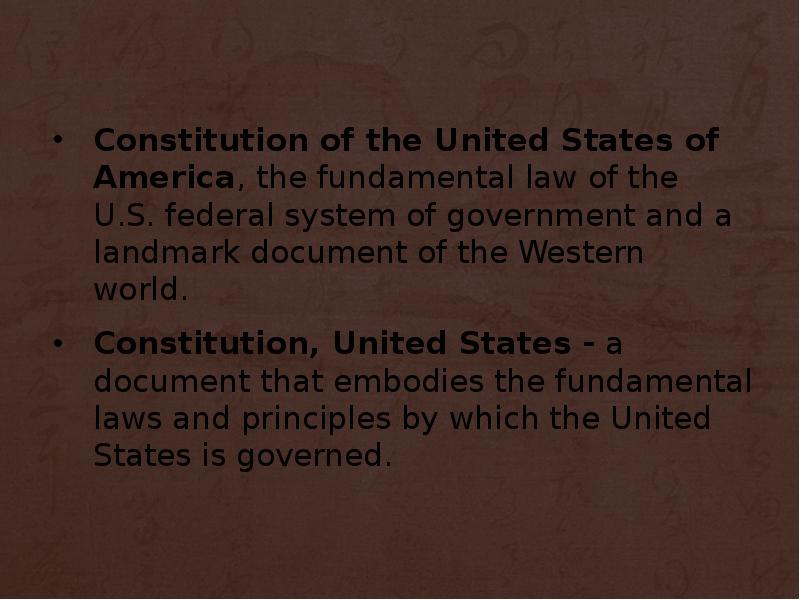 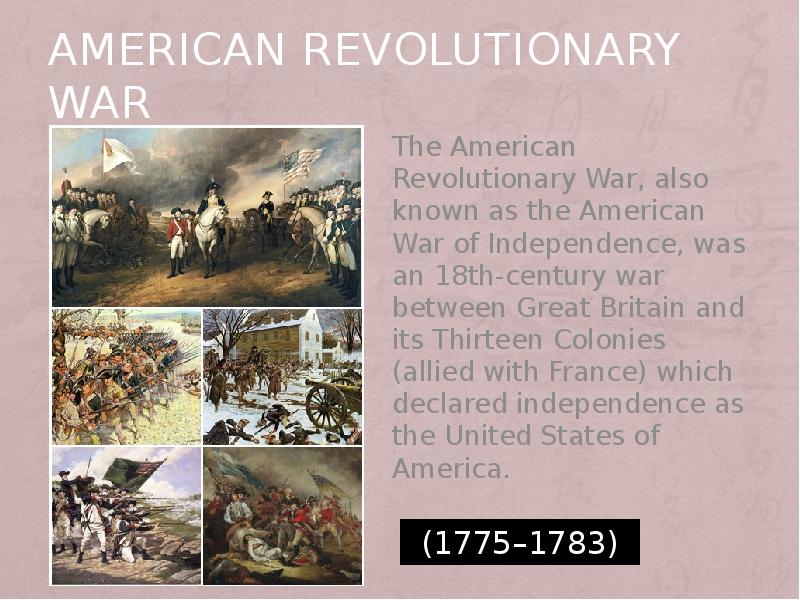 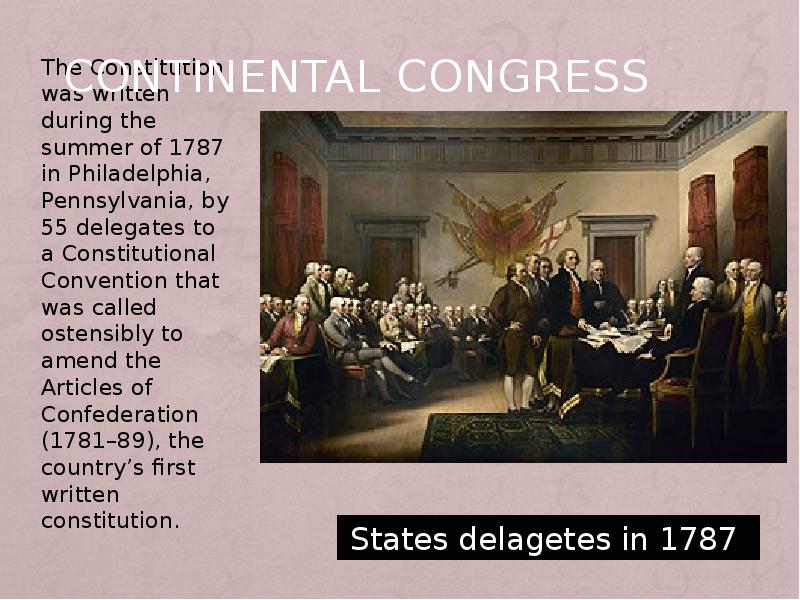 Continental Congress The Constitution was written during the summer of 1787 in Philadelphia, Pennsylvania, by 55 delegates to a Constitutional Convention that was called ostensibly to amend the Articles of Confederation (1781–89), the country’s first written constitution.
Pic.5 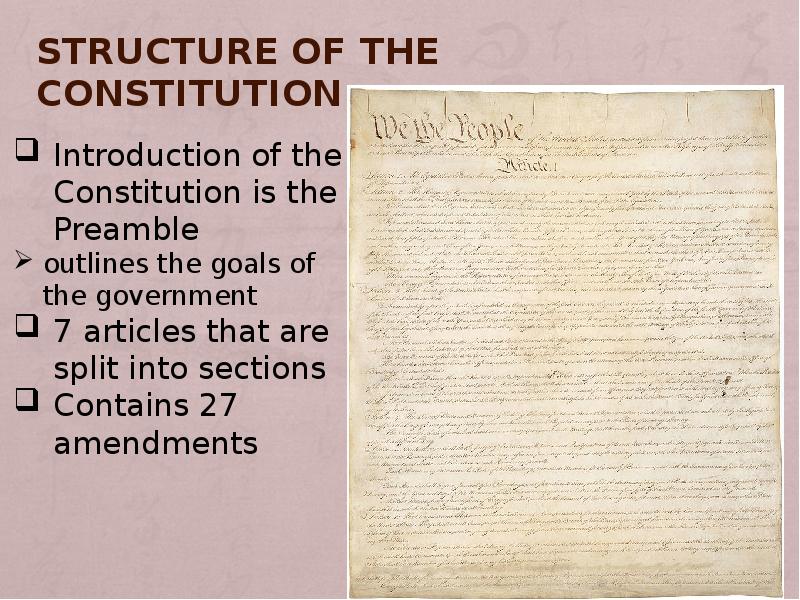 Structure of the constitution
Pic.6 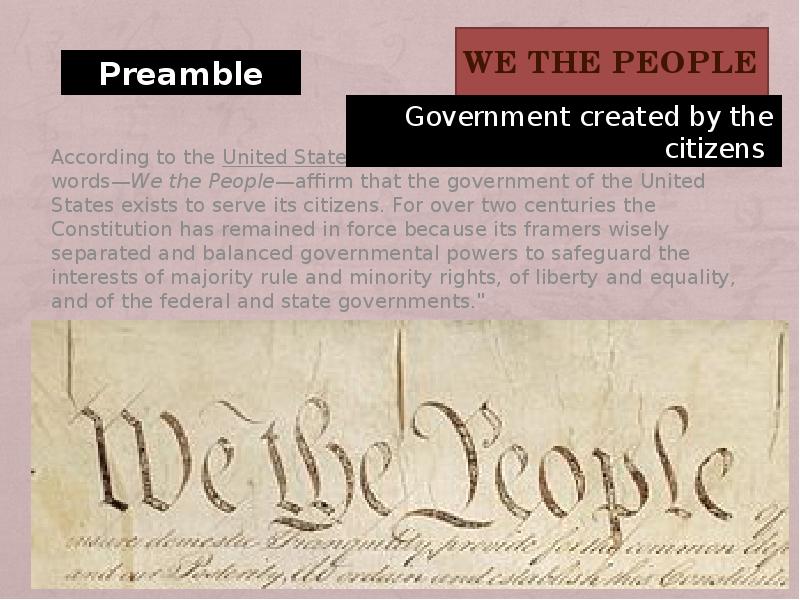 We the people According to the United States Senate: "The Constitution's first three words—We the People—affirm that the government of the United States exists to serve its citizens. For over two centuries the Constitution has remained in force because its framers wisely separated and balanced governmental powers to safeguard the interests of majority rule and minority rights, of liberty and equality, and of the federal and state governments. "
Pic.7 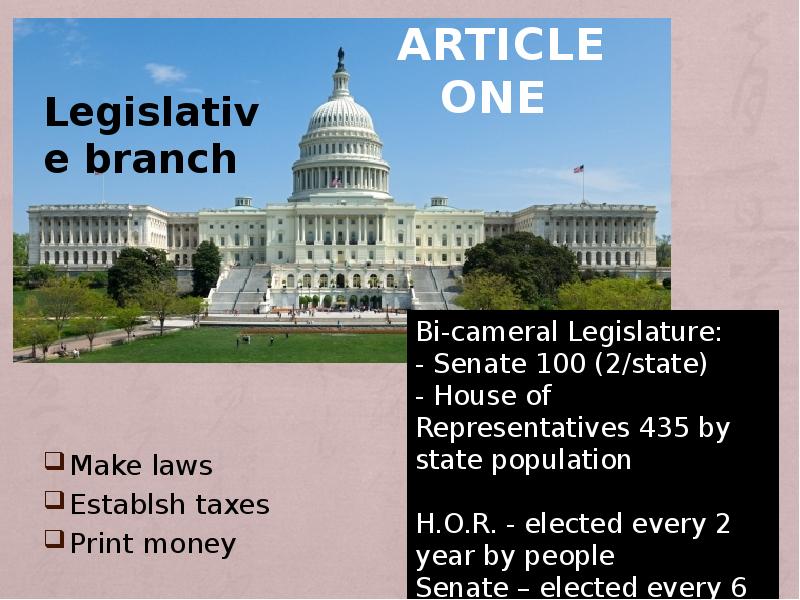 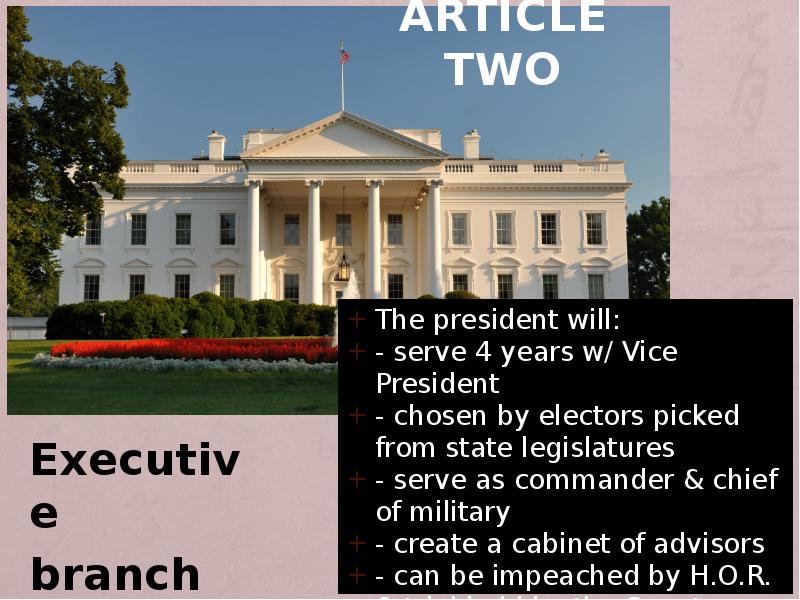 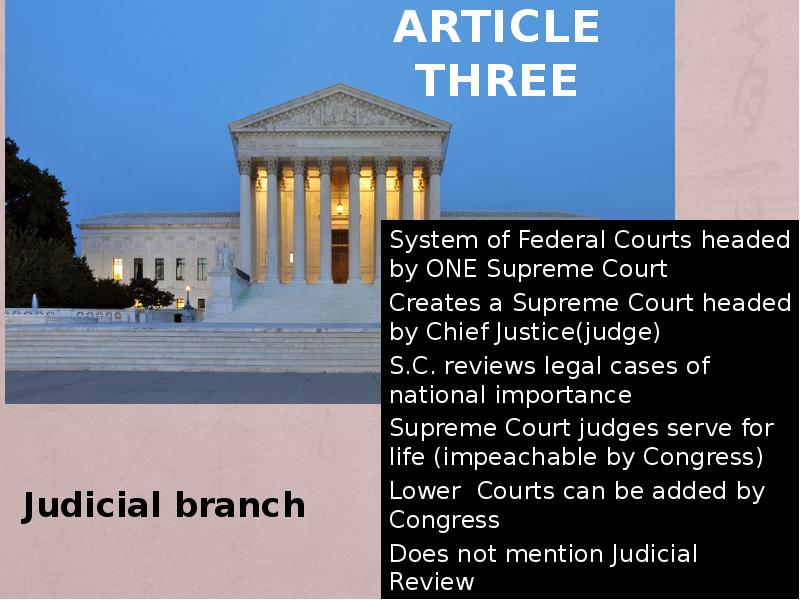 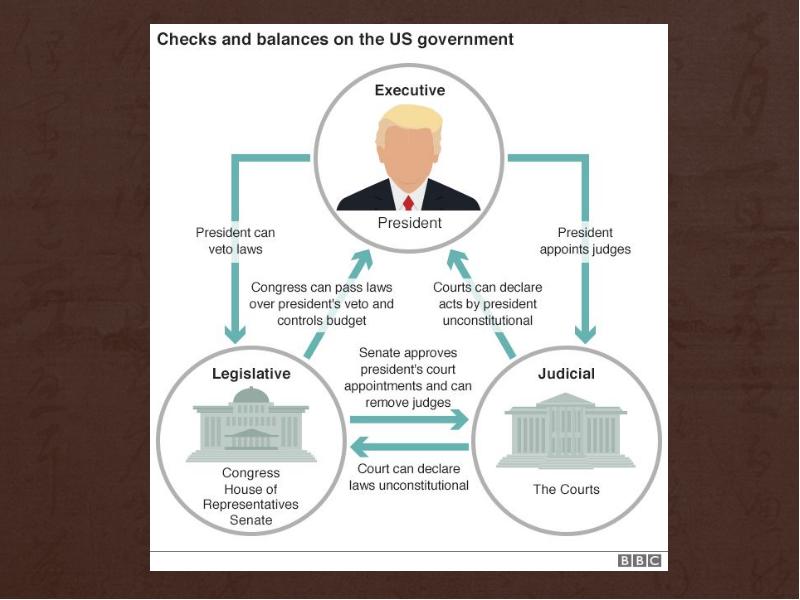 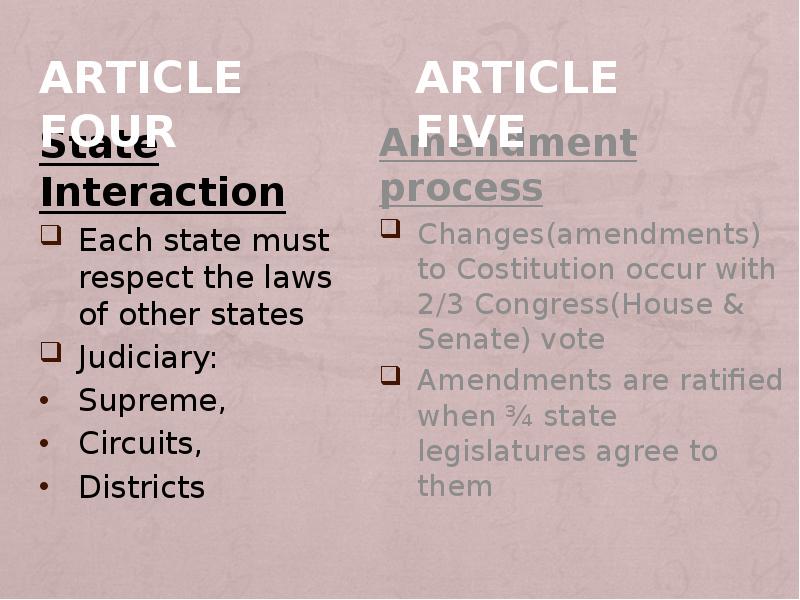 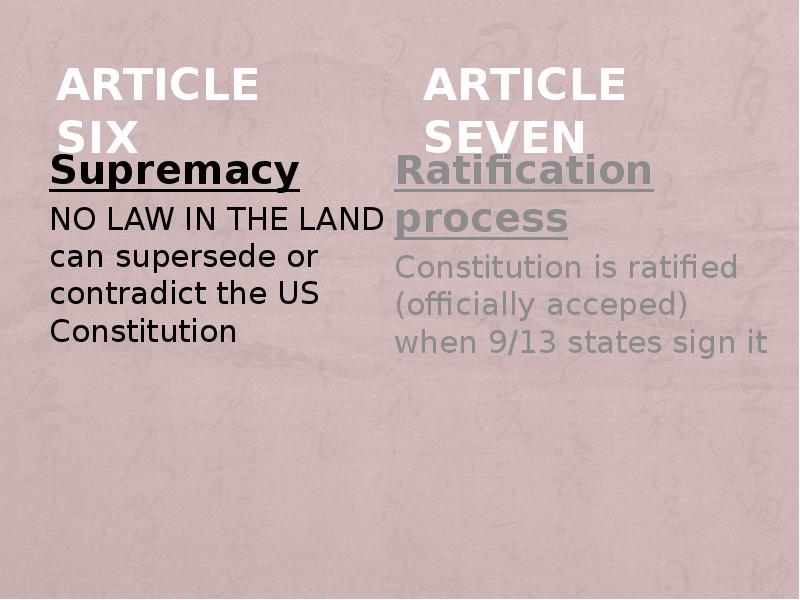 Supremacy Supremacy NO LAW IN THE LAND can supersede or contradict the US Constitution
Pic.13 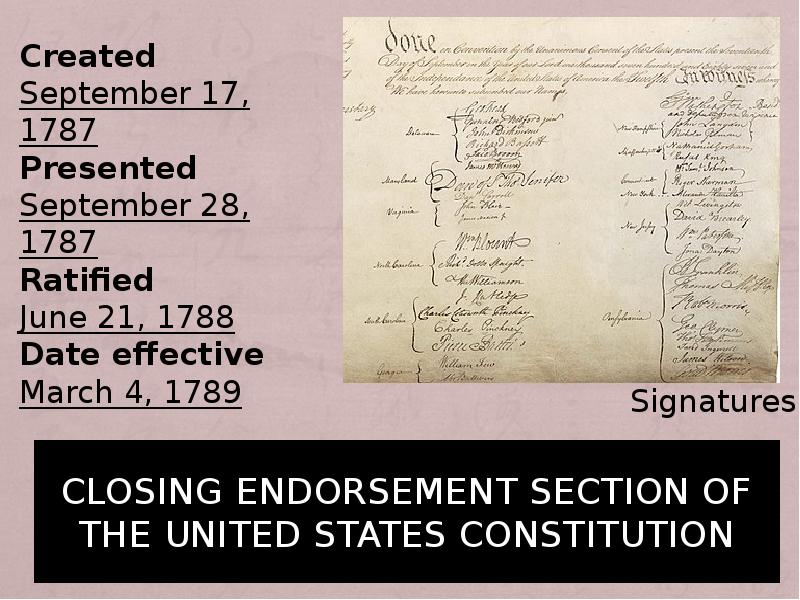 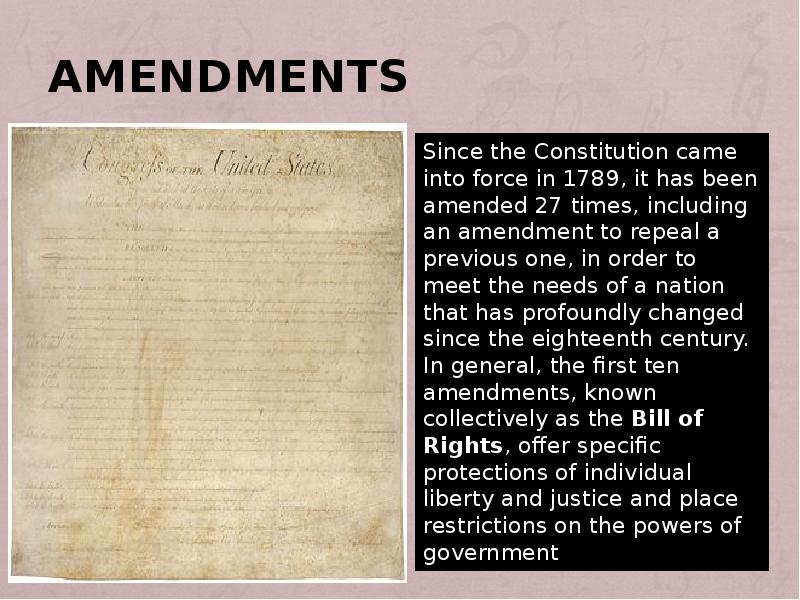 Amendments Since the Constitution came into force in 1789, it has been amended 27 times, including an amendment to repeal a previous one, in order to meet the needs of a nation that has profoundly changed since the eighteenth century. In general, the first ten amendments, known collectively as the Bill of Rights, offer specific protections of individual liberty and justice and place restrictions on the powers of government
Pic.15 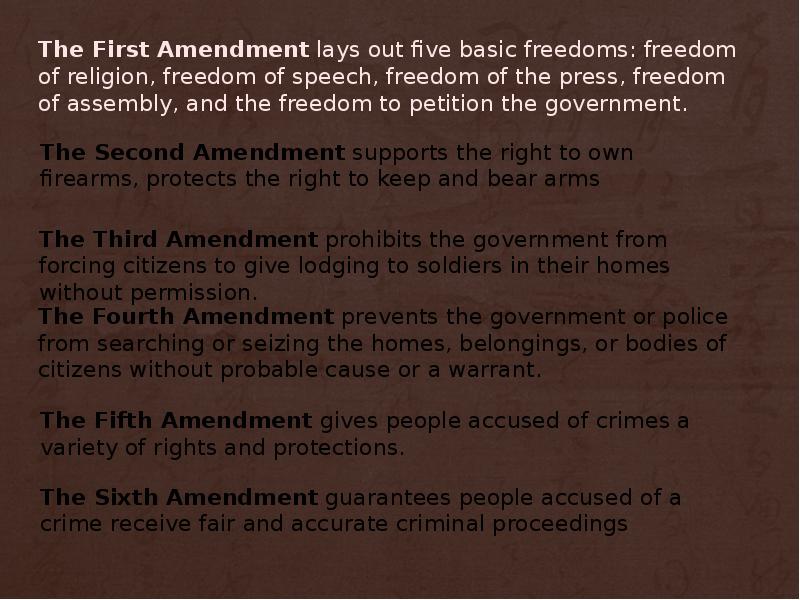 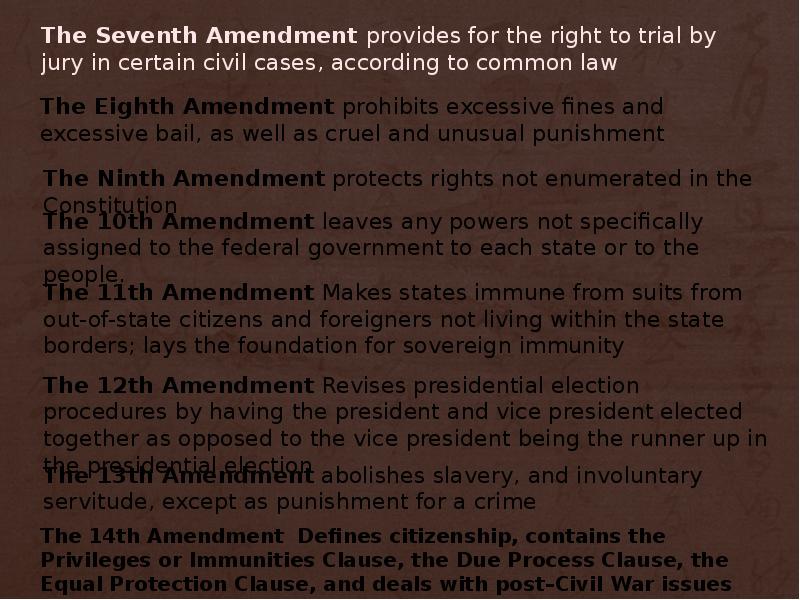 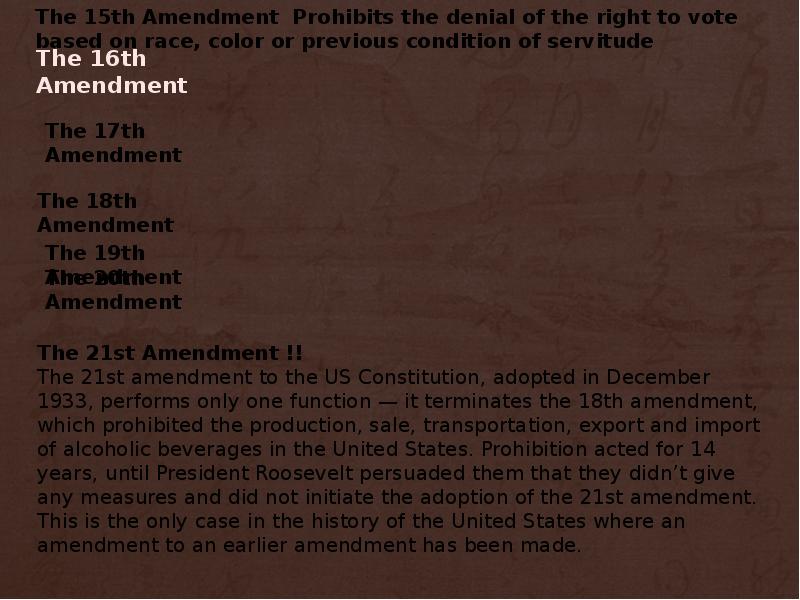 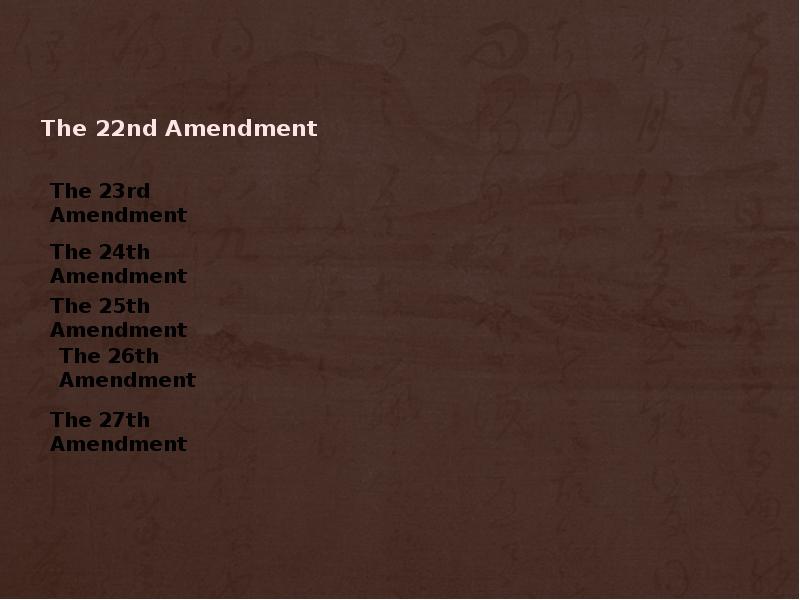 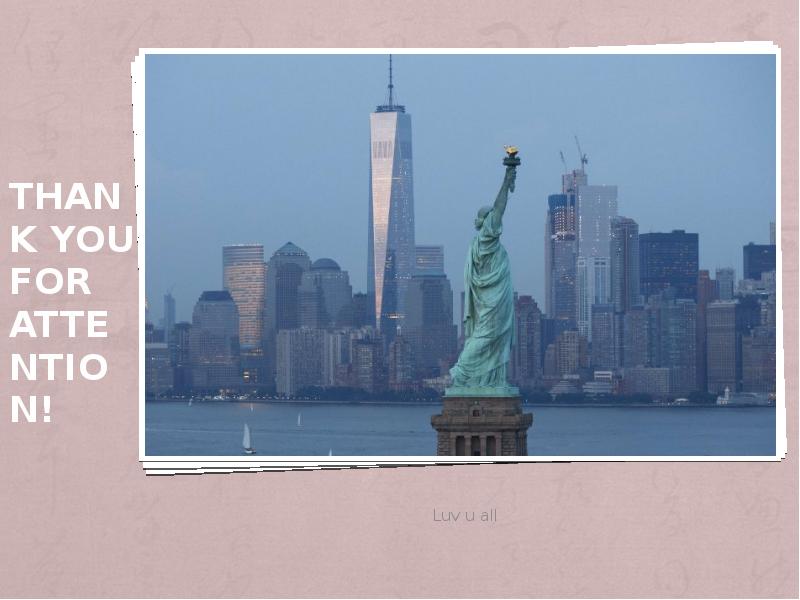 Thank you for attention! Luv u all