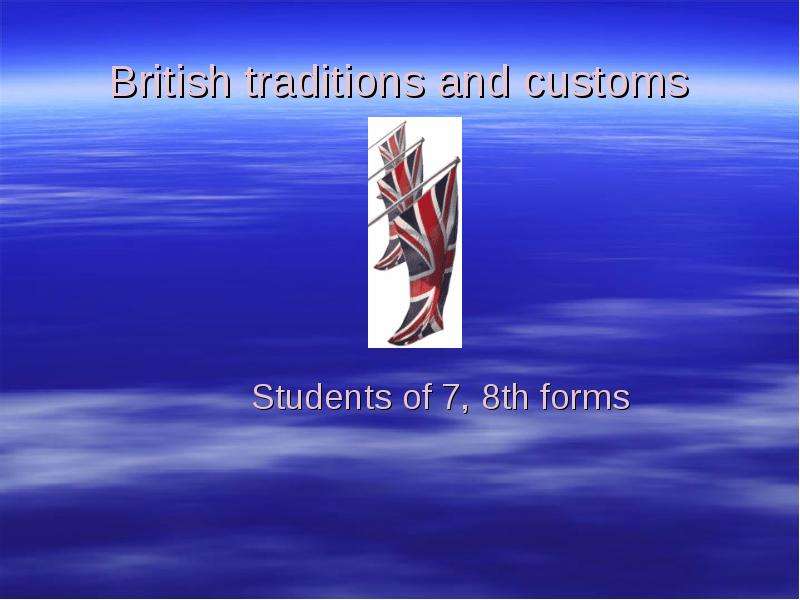 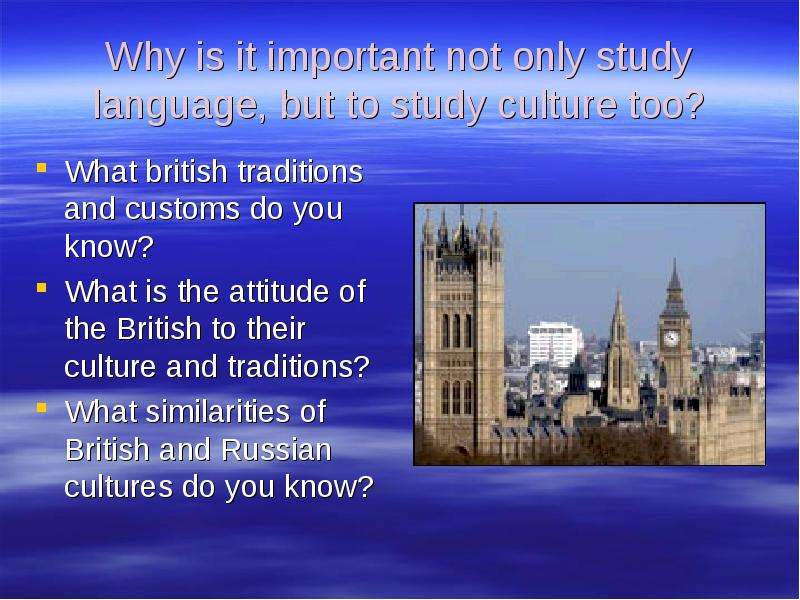 Why is it important not only study language, but to study culture too? What british traditions and customs do you know? What is the attitude of the British to their culture and traditions? What similarities of British and Russian cultures do you know?
Pic.3 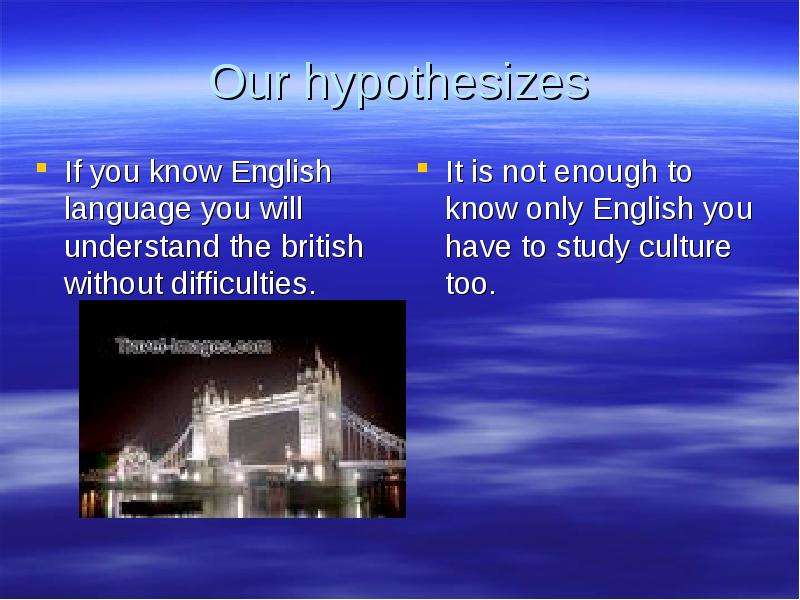 Our hypothesizes If you know English language you will understand the british without difficulties.
Pic.4 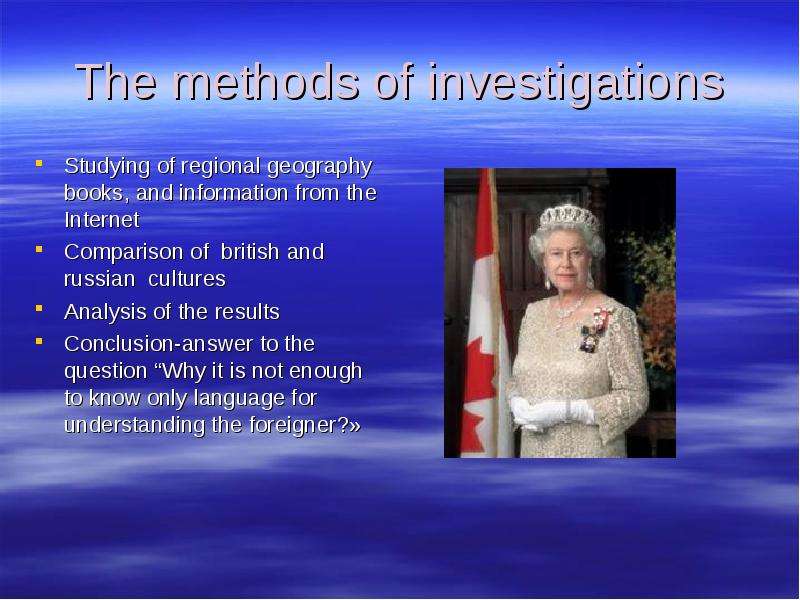 The methods of investigations Studying of regional geography books, and information from the Internet Comparison of british and russian cultures Analysis of the results Conclusion-answer to the question “Why it is not enough to know only language for understanding the foreigner?»
Pic.5 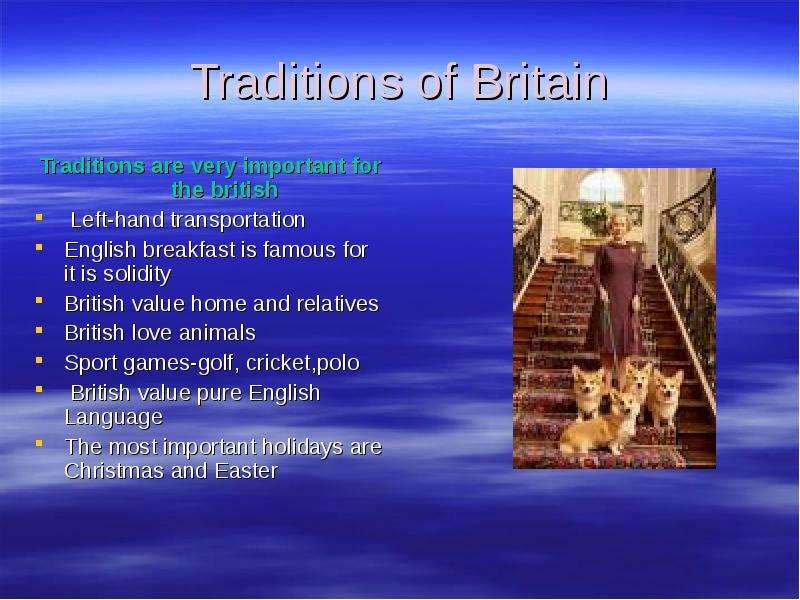 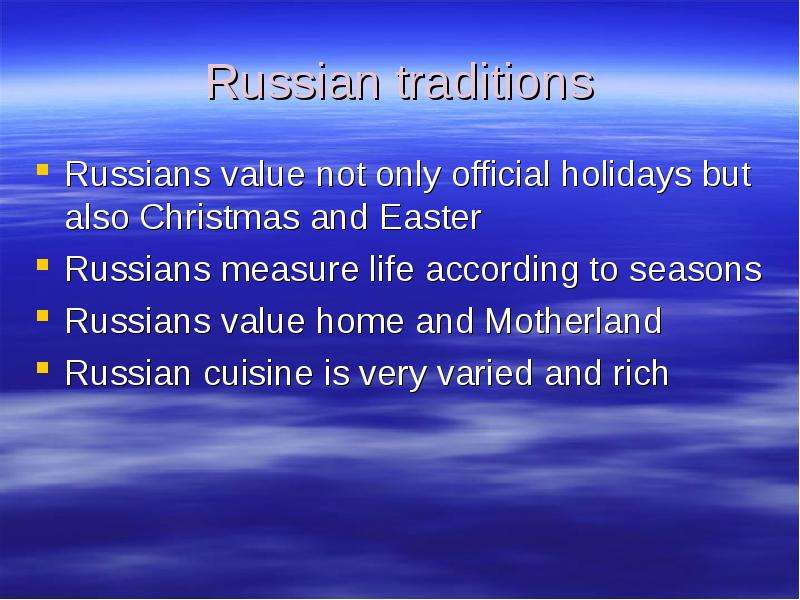 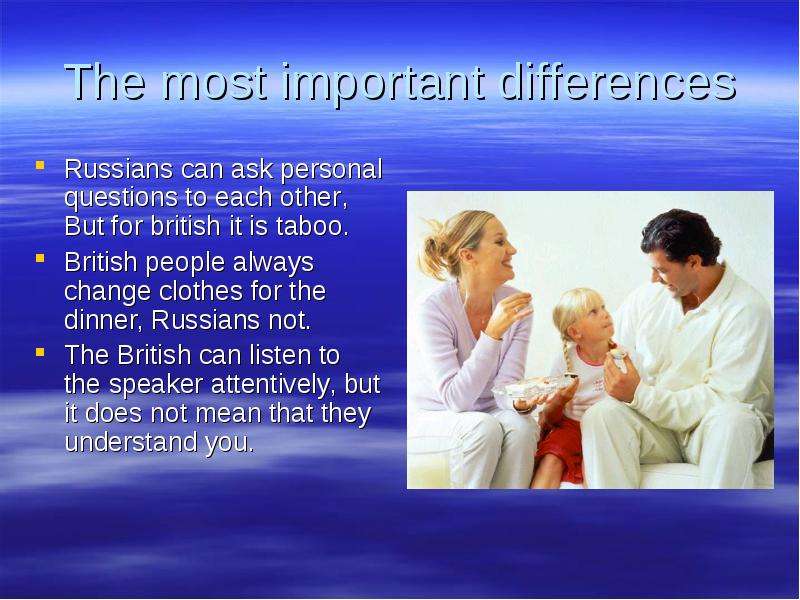 The most important differences Russians can ask personal questions to each other, But for british it is taboo. British people always change clothes for the dinner, Russians not. The British can listen to the speaker attentively, but it does not mean that they understand you.
Pic.8 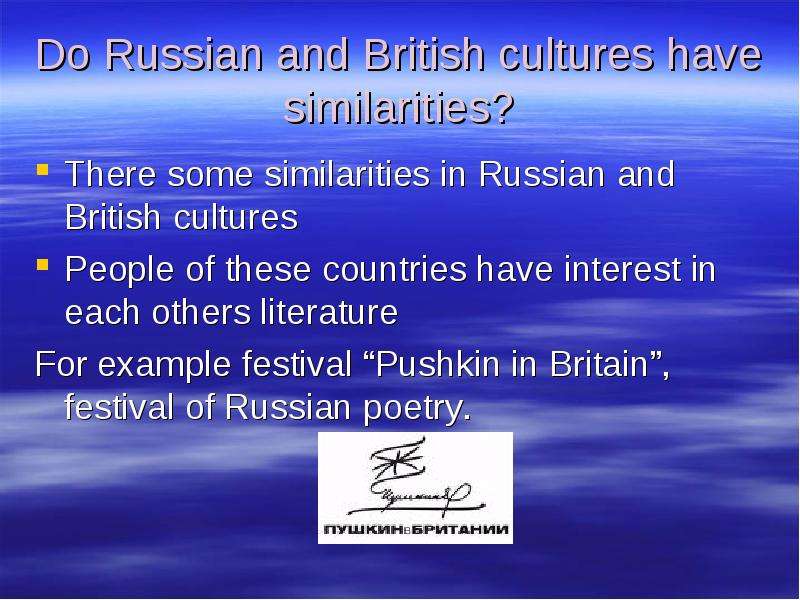 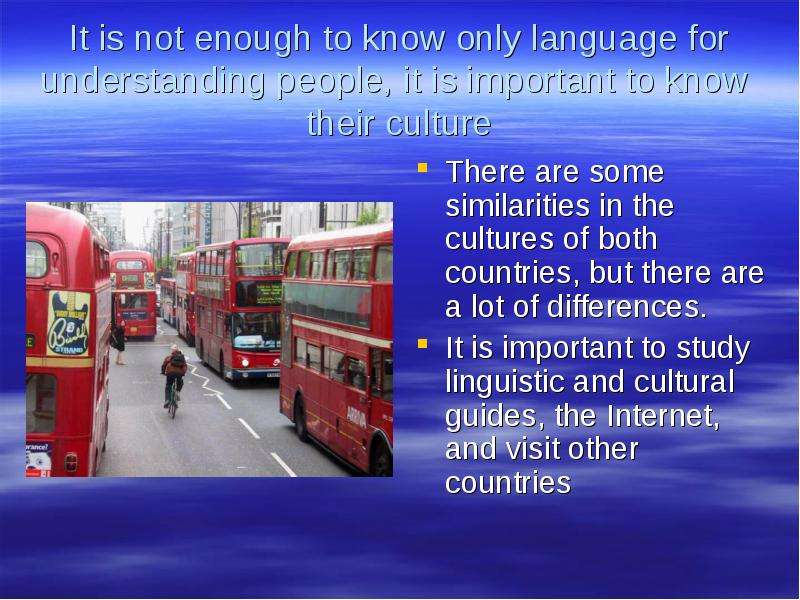 It is not enough to know only language for understanding people, it is important to know their culture There are some similarities in the cultures of both countries, but there are a lot of differences. It is important to study linguistic and cultural guides, the Internet, and visit other countries
Pic.10 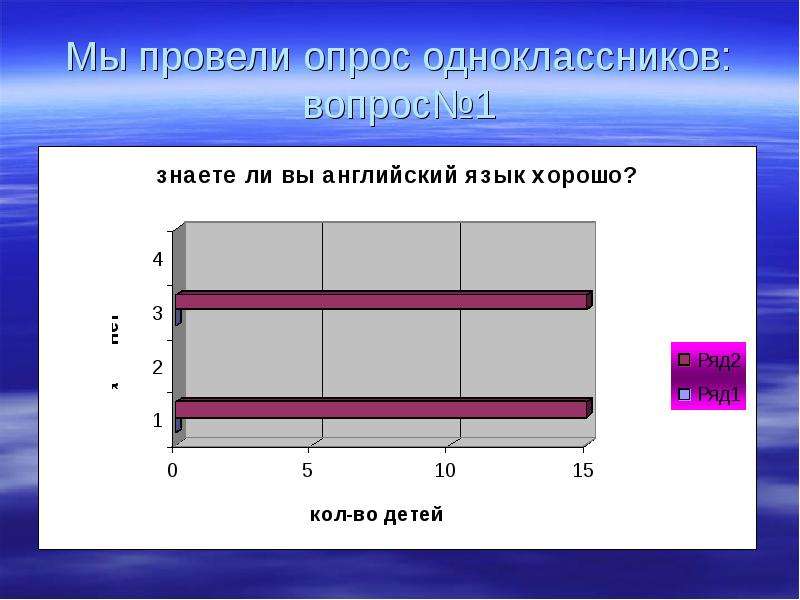 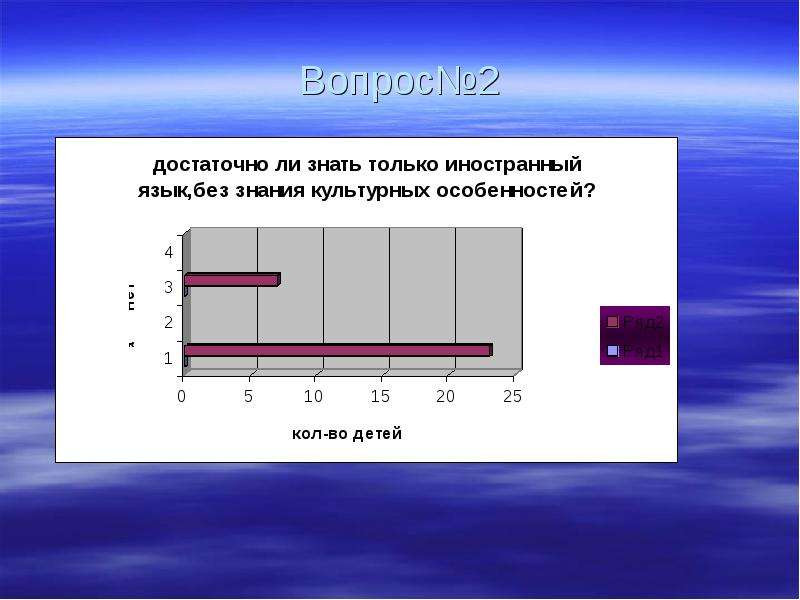 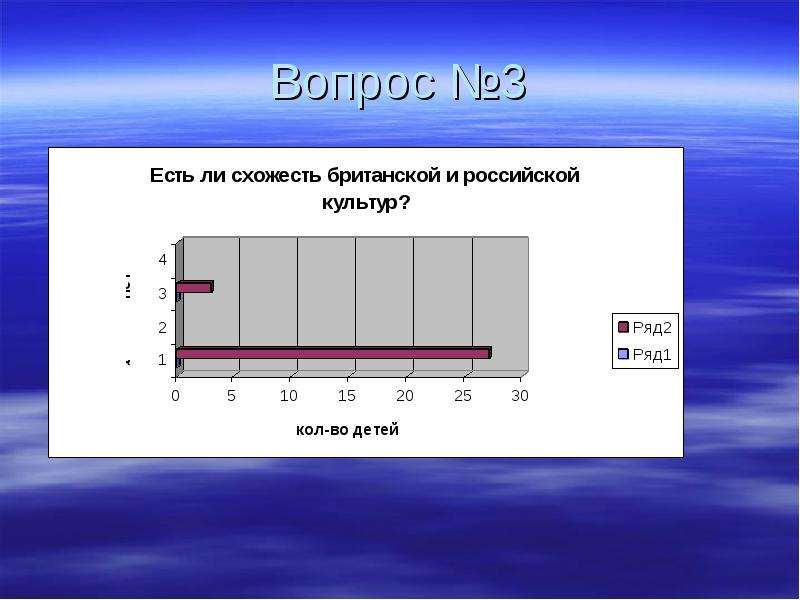 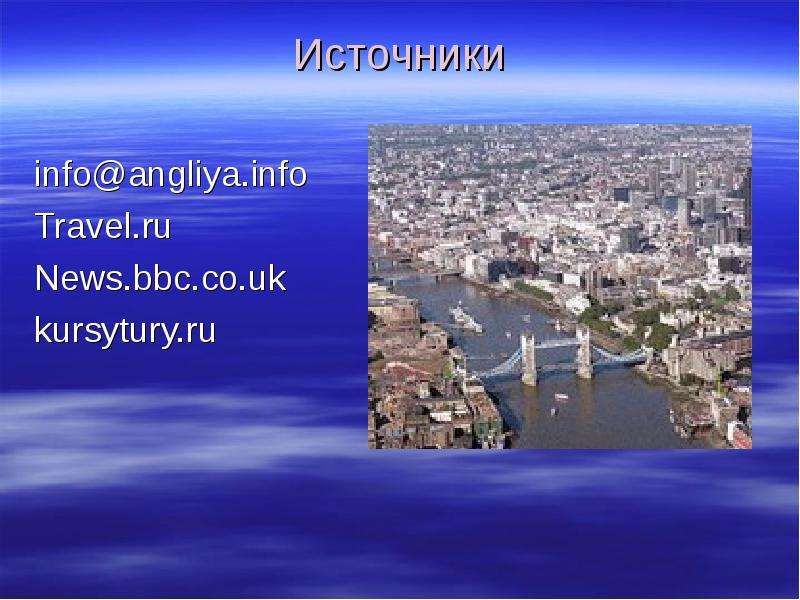